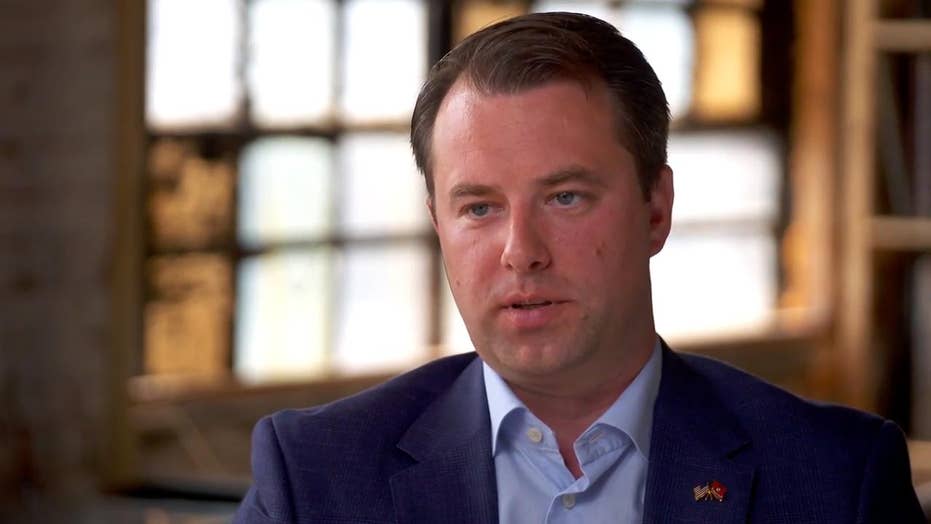 Marine Captain on leading men into world's most violent warzone

"The month before we left, Time magazine named Ramadi [Iraq] the most dangerous place in the world,'" Branson said. "That was a difficult day for my wife."

"You never knew where the ambush was going to come from. You're walking down a city [street] ... They could hit you from the window, small arms fire, an RPG [rocket-propelled grenade], an IED [improvised explosive device] in the trash, and then they would disappear out of the back of that building. The whole thing would be over in three minutes ... it was incredibly violent. And there wasn't a lot you can do about it." he explained.

"The first time I left the wire in Ramadi, I absolutely thought, 'what in the world am I doing here,'" Branson recalled. "That was a scary place to be -- like a football player going out at his first game who has jitters. These are jitters and a little bit of 'How did you get yourself in this situation?'"

In May 2008, Branson and his men were sent to Afghanistan to drive out the Taliban and protect locals in the area. Describing Afghanistan as '100 years removed' from Iraq, Branson was shocked to find a country devoid of an education system, any form of paved roads or other basic societal norms.

Asked about the Taliban's poppy farms, Branson said that as a leader, he faced a "catch-22."

"Well, the poppy obviously funds the Taliban. And so that's something that you want to reduce ... their source of revenue. On the other hand, the farmers that are growing the poppy are not Taliban. They're just trying to survive like everybody else. And so you can't just go in and burn all their crops down and then expect them to view Americans as a welcome presence," he explained. 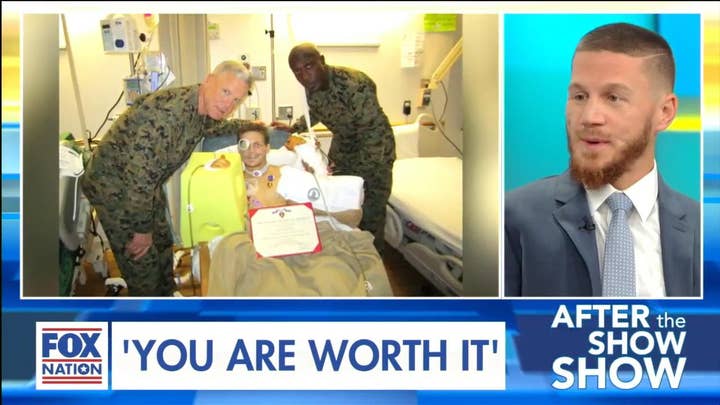 "Just from a humanitarian standpoint, the way the poppy trade works as we understood it is the Taliban essentially pays for next year's crop upfront. If we come in and burn it or lightning strikes it and their field burns, the Taliban still expect their poppy ... and so you're putting their lives at risk if you take their poppy away. So we had a policy of not engaging with the farmers," he said.

Branson said he and his men killed approximately 2,000 Taliban fighters during their time in Afghanistan, which he described as a "great success."

"One particular firefight we took out 34 Taliban and we had one wounded Marine," he said. "In Afghanistan, we were able to move to contact and they would try to fight us toe-to-toe, which is not advisable to do against United States Marines in the 21st century."

"It really was something in between World War I and the Hedgerows of Normandy [in World War II]. They had tactics. I think those tactics proved to be outdated and I don't think they fully understood that you simply can't tell us where you are and try to fight us for hours on end," Branson added.

"Was there one moment that stands out as your most challenging at the moment and you were tested to the limit?" Leventhal asked. 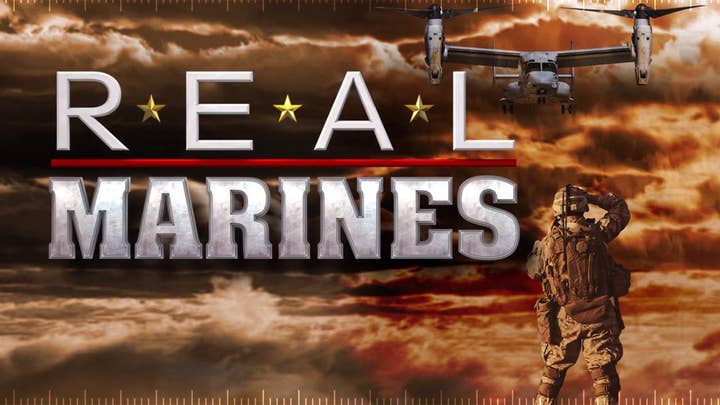 "Three times in my career in the Marine Corps where ammunition became a problem," Branson replied. "It's unusual."

After a six-hour firefight, Branson and his men began to run low on ammunition, he explained. "As the officer in charge, that was the most concerning."

Detailing the difficult climate in Afghanistan,  Branson said he and his men would cook their dinner on the hoods of their Humvees.

"You just dropped the canned food on the hood of the Humvee at noon and 15 minutes later, it's cooked. Everybody's losing weight. I guess I lost about 25 or 30 pounds in Afghanistan. My wife wishes they were still off," he joked.

Branson became visibly emotional at one point in the segment when asked what got him through the more difficult times.

"My wife," he answered immediately. "I think she was very worried. I mean, this is true -- any family member that sends an infantry Marine over to Iraq or Afghanistan, especially at that time, it's hard on the families ... " 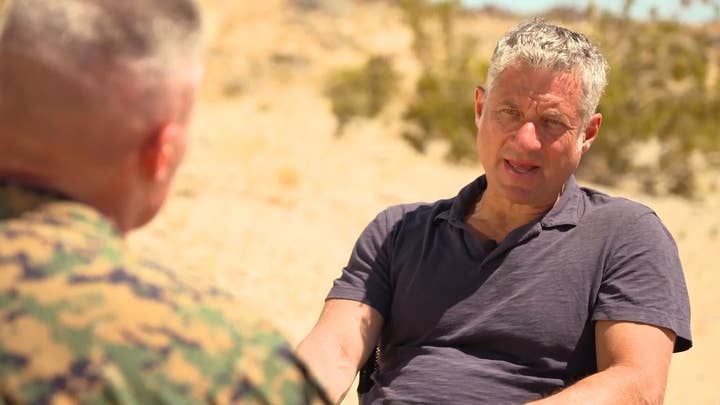 Branson credits his time as a Marine for teaching him "leadership skills," and giving him an "appreciation for life."

"I think service in any form is one of the most gratifying things of my life," he concluded. "Selfishly, I got a lot out of being a Marine. Being a Marine matured me at an early age. Leadership skills, it gave me a brotherhood, it gave me an appreciation for life."

"As Ronald Reagan said, 'Marines don't have to spend a lifetime worrying if they've made a difference.' And again, I don't think you have to be a Marine to make a difference. But public service is a rewarding thing for anyone to go into."

To hear more from Branson, including the challenges he faced navigating his relationship with platoon members and more, join Fox Nation and watch the latest episode of "Real Marines," today.