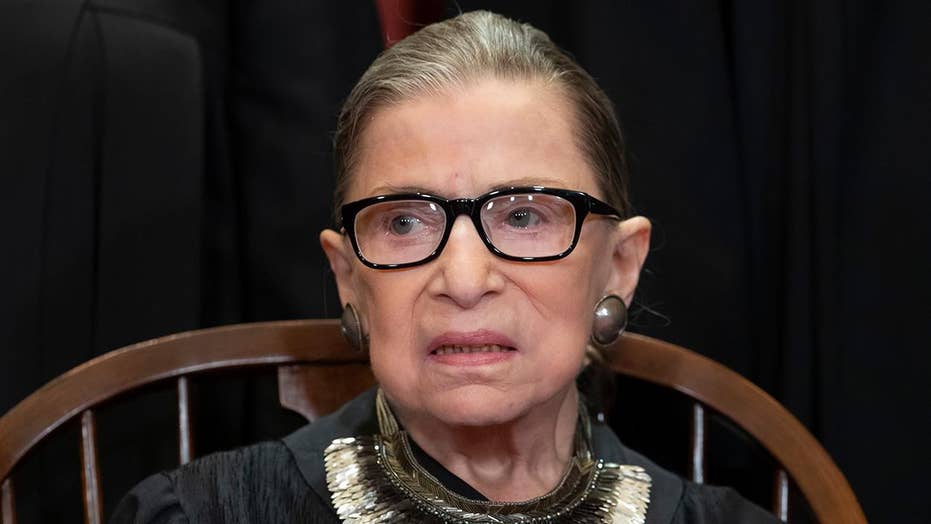 "I think that being a fighter -- the way that she's being tough -- I think that that helps a lot in terms of fighting something like cancer. I've seen it time and time again," Siegel said while appearing on "Fox News @ Night."

"She's very tough; she is very determined," Bream said, adding "it's almost a joke about how great she is at pushups and everything else."

The Supreme Court announced Friday that Ginsburg had undergone three weeks of radiation therapy for a malignant tumor on her pancreas. The justice previously dealt with colon cancer and lung cancer.

She also had pancreatic cancer in 2009, but Siegel said the current diagnosis is "very likely" not related.

Siegel, a doctor and professor of medicine who provides medical analysis for Fox, noted that the type of radiation Ginsburg received recently is a new and especially intense form of treatment. "It's having some very promising results, though it has more side-effects," he said.

Ginsburg likely received that type of radiation because an operation was too difficult, Siegel said.

Fox News legal analyst Sol Wisenberg praised Ginsburg for her collegiality on the high court. "She's gone out of her way to praise her two new colleagues -- Justice Kavanaugh and Justice Gorsuch," he said.