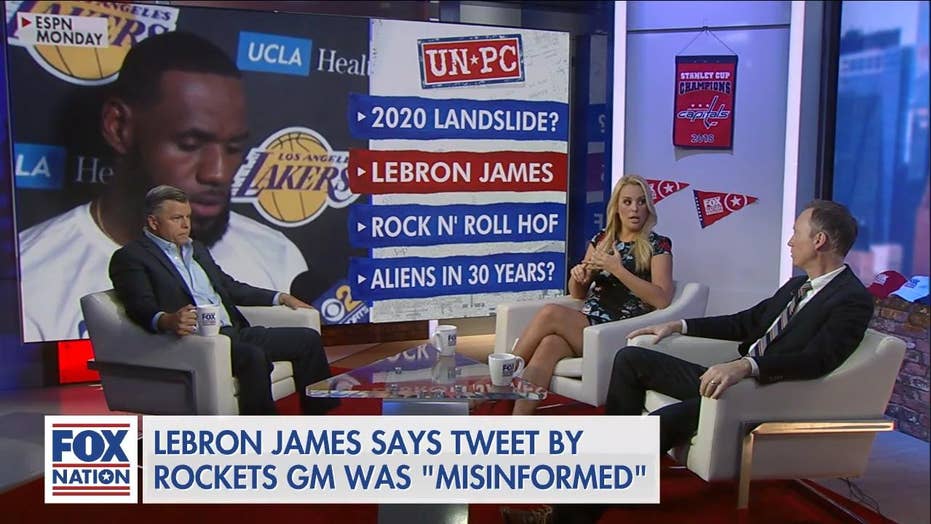 McHenry blasts Lebron James: 'You're all about being 'woke'...&nbsp;when it's not affecting your bottom line'

Fox Nation's Britt McHenry had some strong words for NBA superstar Lebron James after the Los Angeles Lakers player lashed out an NBA executive who expressed support for pro-democracy protesters in Hong Kong.

"In this scenario, he's a hypocrite. He's a fraud. He is defending China," said Britt McHenry on her Fox Nation show "UNPC".

McHenry called out James for being a vocal critic of the United States, while apparently giving the Chinese government a pass. She suggested that James' defense of China comes down to money.

James has a lifetime endorsement deal with Nike that may pay him more than $1 billion. The sneaker giant garnered $6.2 billion of revenue in China during its 2019 fiscal year, which ended in May. 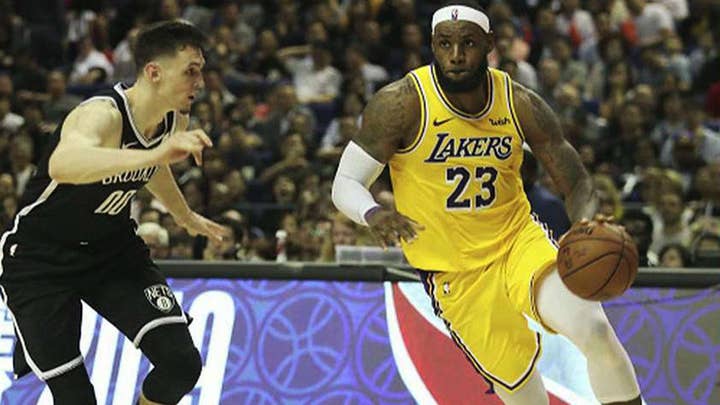 On Thursday, NBA Commissioner Adam Silver acknowledged that the league has lost revenue over the controversy.

"The financial consequences have been and may continue to be fairly dramatic," Silver said.

"Oh, so you're all about being 'woke'... when it's not affecting your bottom line," she said.  "When it's not a country with 500 million people watching the NBA with a streaming app that's worth $1.5 billion to the NBA... Shame on him."

McHenry also pointed to a January 2018 tweet from James that was since gone viral.  Borrowing from words written in a letter by Martin Luther King Jr. while the civil rights leader was in a Birmingham jail, James tweeted: "Injustice Anywhere Is A Threat To Justice Everywhere... Our Lives Begin To End The Day We Become Silent About Things That Matter."

"He was tweeting back in the Kaepernick days," remarked UNPC co-host Tom Shillue.

There are also reports that during a meeting in China last week, James pressed Commissioner Silver about potential discipline for Morey.

"This is embarrassing," McHenry said. "I think where we [are] getting to where this might be worse than the NFL protests... because this is throwing our own ideals under the bus... and it's totally, completely transparent that it is all about money."

For more unfiltered and raw commentary from Britt McHenry and co-host Tom Shillue on the issues of the day, and more join Fox Nation and watch the latest episode of "UN-PC" today.