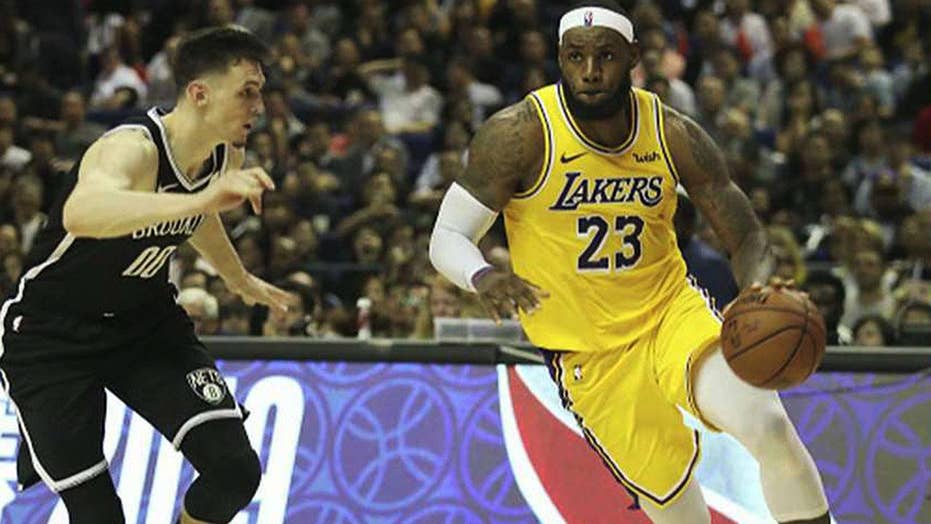 "We were being asked to fire him by the Chinese government. … We said there’s no chance that’s happening. There’s no chance we’ll even discipline him," Silver said at the first TIME 100 Health Summit on Thursday about Beijing's reaction to Morey tweeting the slogan: "Fight for freedom. Stand with Hong Kong" in support of pro-democracy protesters there.

Morey later deleted the tweet from his personal account, but not before spurring a rebuke from the NBA and inciting a backlash in China. Authorities in the communist country canceled publicity events and news conferences last week, while state TV refused to broadcast two exhibition games between the Brooklyn Nets and the Los Angeles Lakers.

Lakers superstar LeBron James, considered one of the more outspoken athletes on social justice issues in a league that prides itself on being one of the most progressive in sports, was skewered this week after he criticized Morey’s tweet as "either misinformed or not really educated on the situation." Some Hong Kong protesters burned and stomped on James jerseys during a rally. They threw basketballs at a photo of James and chanted support for Morey.

On Thursday, Silver said the NBA has lost a lot of money due to the flashpoint with China.

“…The losses have already been substantial. Our games are not back on the air in China as we speak, and we'll see what happens next."

"I don't know where we go from here," Silver added. "The financial consequences have been and may continue to be fairly dramatic."