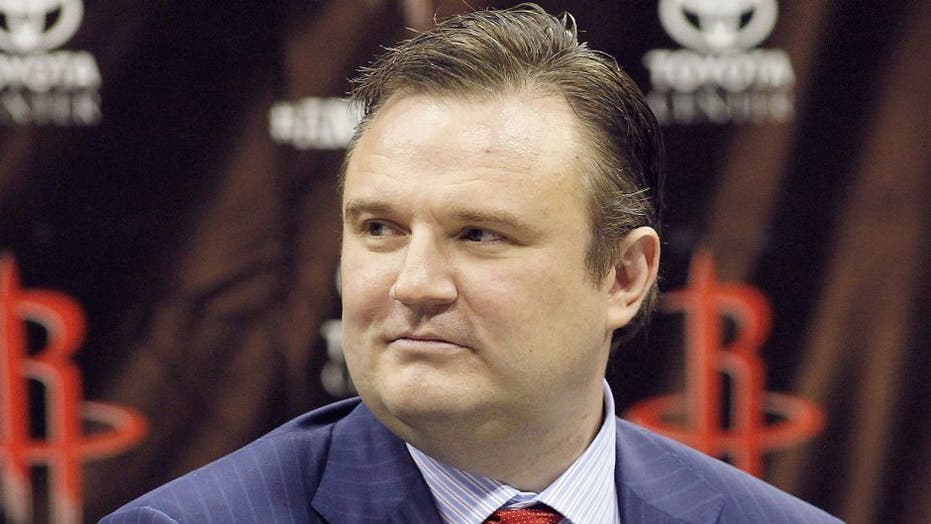 China's basketball association says it will suspend cooperation with the Houston Rockets following a tweet over the weekend by the team's general manager, Daryl Morey, in support of the protesters in Hong Kong.

The since-deleted tweet by Morey read: "Fight for Freedom. Stand with Hong Kong."

“We want to express our indignation and strong condemnation,” Li-Ning stated on Weibo. “We have already stopped our cooperation with the Houston Rockets, and continue to urge them to give a clear answer on this matter.”

SPD Bank also announced it was suspending related marketing activities with the team.

Morey later tweeted: “I did not intend my tweet to cause any offense to Rockets fans and friends of mine in China. I was merely voicing one thought, based on one interpretation, of one complicated event. I have had a lot of opportunity since that tweet to hear and consider other perspectives.”

The Houston Rockets have a strong following in China thanks to the most famous Chinese basketball player of all time, Yao Ming, who the team drafted in 2002. Chinese fans followed his entire Hall of Fame career with the Rockets, making it a sensitive issue for both parties.

Protests in Hong Kong have made worldwide news over the past couple of months thanks to increased violence between the government and those fighting for increased rights and freedom. China appears extremely sensitive to outside parties encouraging the demonstrators, especially within a group they have strong ties to.

A masked protester holding up his hand to represent the protesters' five demands as he walked next to a banner reading "Hong Kong police deliberately murder" in Hong Kong on Saturday. (AP Photo/Vincent Yu)

"Our presence in Tokyo is all about the promotion of the @NBA internationally and we are NOT a political organization," he said.

"I have the best general manager in the league," Fertitta told ESPN's Tim MacMahon. "Everything is fine with Daryl and me. We got a huge backlash, and I wanted to make clear that the organization has no political position. We're here to play basketball and not to offend anybody."