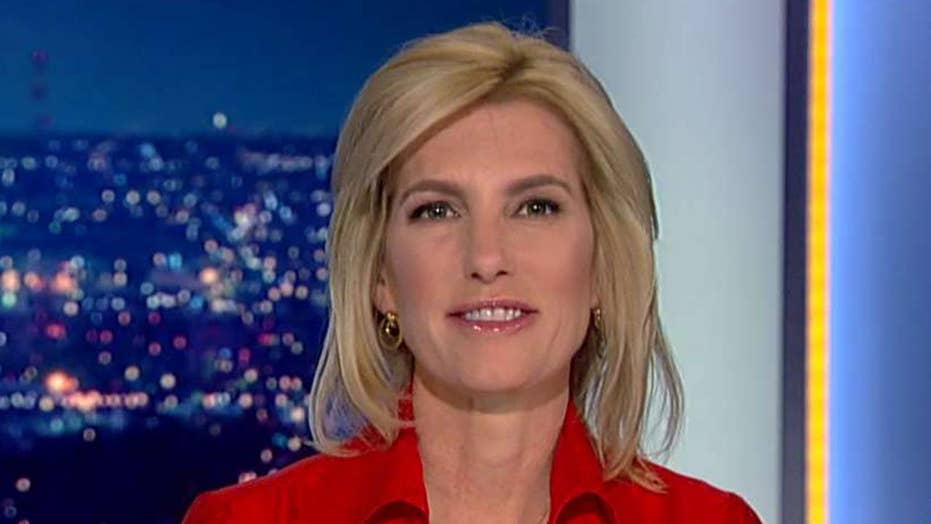 House Speaker Nancy Pelosi appears to be shrinking under the pressure of impeaching Trump.

"Here's the problem," Ingraham said in her monologue on "The Ingraham Angle." "By getting sucked into impeachment ... against her better judgment, Nancy Pelosi [has] walked away from common sense.

"Now at times, in the last few weeks, even the last month, she [has] looked like her body was actually rejecting impeachment like a bad organ transplant."

Republicans made known their unbridled fury and frustration late Thursday as House Judiciary Committee Chairman Jerrold Nadler, D-N.Y., abruptly wrapped up an all-day marathon hearing on the adoption of two articles of impeachment against President Trump by delaying planned votes on the matter until Friday morning.

But now, it seems, the tables have turned on Pelosi -- to the advantage of President Trump.

"Pelosi's future is suddenly not looking so bright. Polls show the lowest support ever for impeaching this president -- and the swing-state outlook polls are horrendous for the Democrats on that same issue," Ingraham said.

In contrast, "The economy is soaring. The market was up 220 points at the closing bell today. Trump's looking also very confident."

"Meanwhile, Nancy's party up on Capitol Hill right now, they're floundering. They're desperately trying to make people care about impeachment, even though she doesn't care enough to whip the votes for it," Ingraham added.