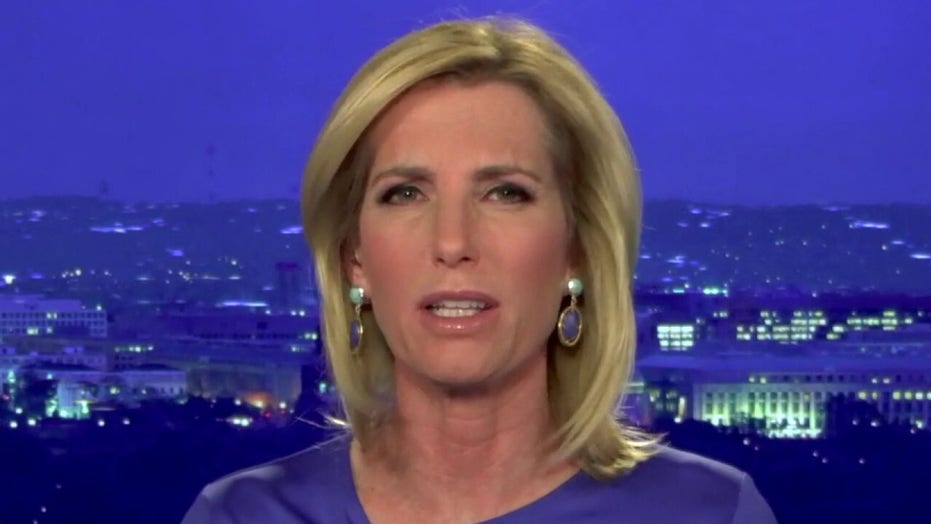 Ingraham: From resistance to revolution

When President Trump announced that he would designate Antifa as a domestic terror organization, the liberal media rushed to defend the anarchists setting American cities on fire.

"Sadly, the Floyd family's pain and justified anger and protests have been hijacked by a shadowy group that we hear too little about," Ingraham said. "But their handiwork is obvious and they have allies.

Now it can be seen in the wanton destruction of businesses and the looting," Ingraham added. "The vicious attacks on police officers, coordinated. All of this is being instigated by a group we've been working to expose for months. Antifa. It's now clear it's become much more sophisticated and much more influential over the past two years, enough for the Trump administration to take the threat very seriously.

"But when the president announced that he would designate Antifa as a domestic terror organization, well, the liberal media rushed to defend the anarchists," Ingraham said. "The ones who were setting American cities on fire."

Ingraham criticized the media and noted that law enforcement officials have been telling Americans a different story about Antifa.

"The reason the left has Antifa amnesia and wants you to ignore its pattern of anarchy is that they have a hand in it," said the host, who added that while Antifa claims to oppose fascism, "what do you call using violence and terror to achieve your political goals, which is the utter destruction of America as we know it?"

"Now, what's really frightening, though, is that one party seems perfectly fine with that, all in the name of taking down President Trump in the fall," Ingraham said.