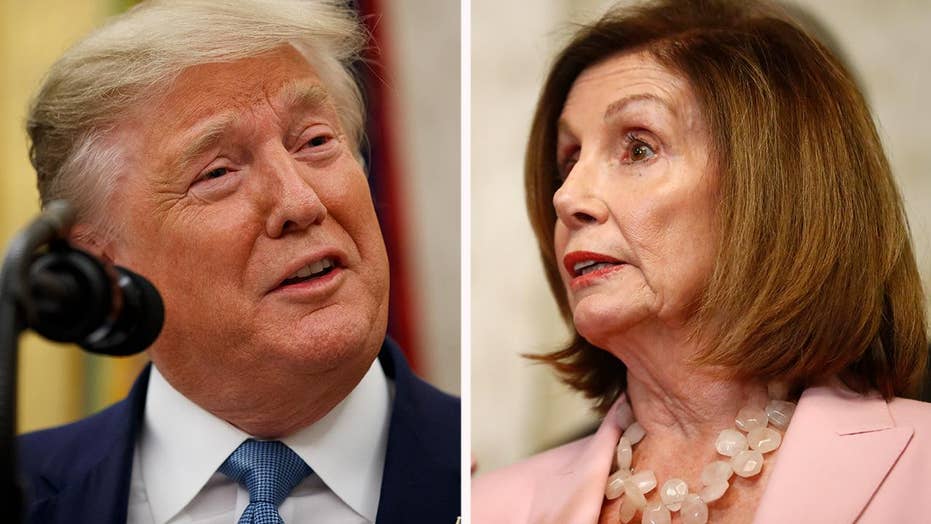 House Minority Leader Kevin McCarthy on what happened between Democratic leaders and Trump during White House meeting on Syria policy.

Pelosi, Hoyer and Schumer left because they are "infatuated" with impeachment and couldn't "handle" the president's discussion about pulling troops out of Syria, House Minority Leader Kevin McCarthy claimed Wednesday on "The Ingraham Angle."

He said the three Democratic lawmakers' account in a press availability afterward was inaccurate.

"They left the meeting, other Democrats stayed and we had the most normal meeting you could ever have that was productive with the general of the joint chiefs, the secretary of defense and the president talking about how do we keep the homeland safe," he said. 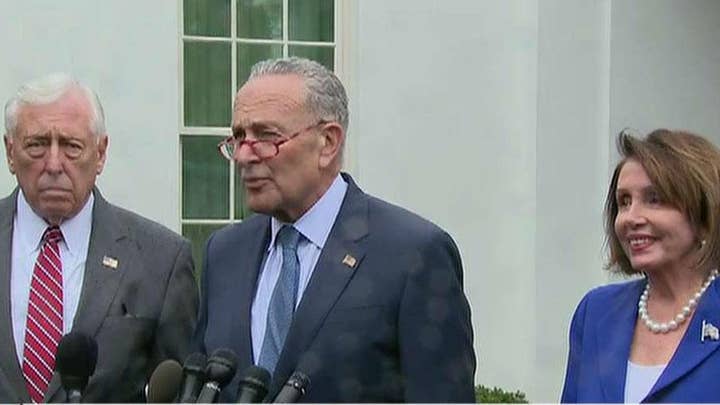 "The president starts out and he provides the letter he sent to the president of Turkey, Erdogan," he continued, claiming Pelosi did not look at it when it came to her turn and instead put it face down on the table.

While speaking to the press, Hoyer gave his account of the events that led to the walkout.

"I have served with six presidents," the Maryland lawmaker said in a clip played by host Laura Ingraham. "Never... have I seen a president treat so disrespectfully a coequal branch of the government of the United States."

He and Schumer claimed President Trump said some members of ISIS were "communists" and that the Democratic leadership might be happy to hear that.

"These people are infatuated — they are fixated on impeaching this president instead of worrying about fixing our problems," he said.

"Who is the leader? The person who stayed in the room and had a discussion. The people who left the room are the ones who can't handle it."