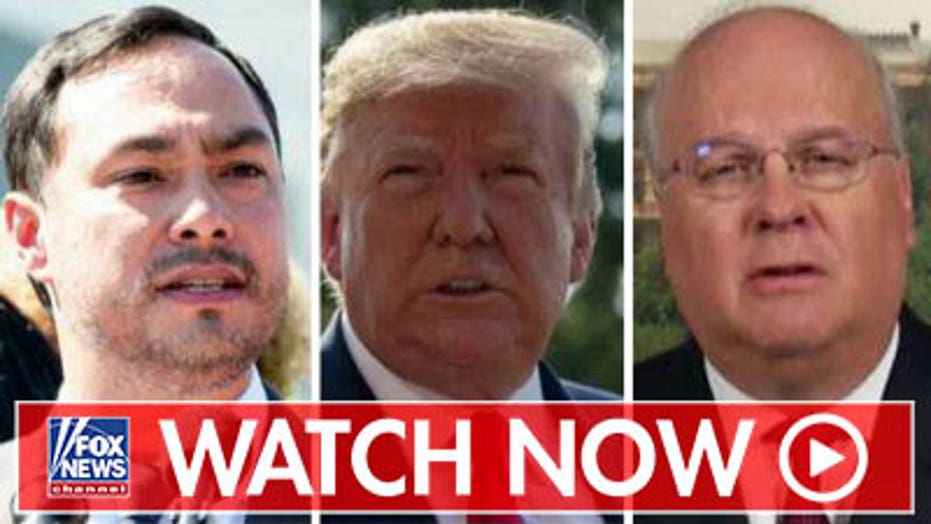 Rep. Joaquin Castro, D-Texas, was recklessly partisan when he tweeted out a list of prominent San Antonio-area Trump donors, according to Karl Rove.

"This is thuggish behavior," Rove said of Castro -- whose twin brother Julian is running for the 2020 Democratic presidential nomination -- Thursday on "The Daily Briefing."

"This is the kind of attempt to shame people into not contributing to political candidates with whom Castro disagrees." 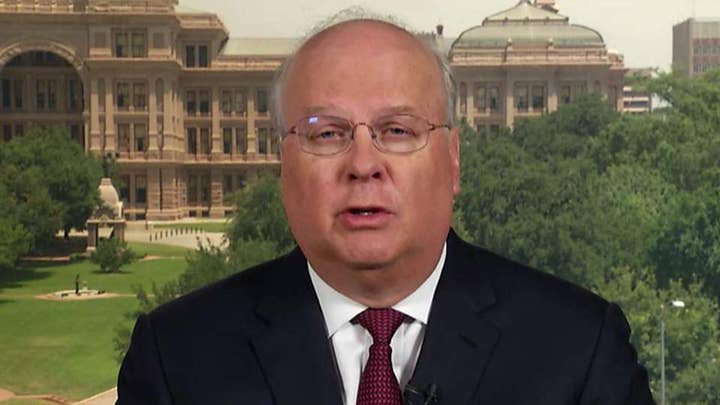 The former adviser to ex-President George W. Bush claimed the lawmaker tweeted the list of more than three dozen names and employers because he wanted to shame them and keep customers from patronizing their businesses.

"The clear purpose of that was to discourage people from going to that business -- to physically harm that business by discouraging people from coming," he said, pointing to a popular local barbecue whose retired owner was named by Castro.

Rove also criticized some 2020 Democratic hopefuls for how they have responded to the pair of mass shootings last weekend.

"The response of some members of the Democratic presidential campaign field were to say that the president of the United States was 'responsible'," he said.

Earlier this week, O'Rourke drew Trump's ire when he claimed the president, "inspired" the attack through his alleged "racism" and rhetoric against illegal immigrants.

Booker, the ex-mayor of Newark, N.J., used the term "responsible" in his criticism of the president.

Adding to his criticisms of Booker and O'Rourke, the Fox News contributor claimed it was also irresponsible for the Democratic National Committee and some 2020 candidates to solicit campaign donations in the wake of the mass shooting.

Fox News' Joseph Wulfsohn and Gregg Re contributed to this report.