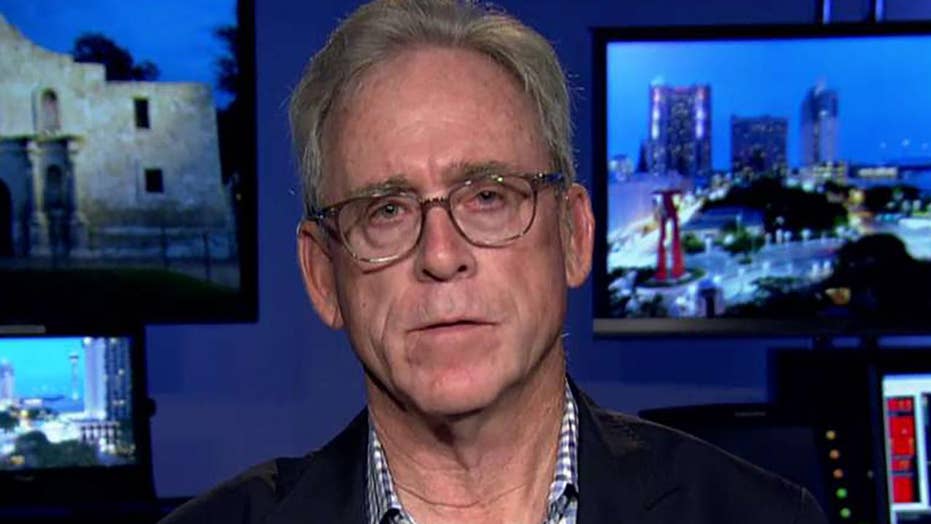 Mark Hanrahan, CEO of MidAmerican Aerospace, expresses anger for being tied to the shooting in El Paso with a tweet by Rep. Joaquin Castro.

Mark Hanrahan, one of President Trump's donors in the San Antonio, Texas, area, said on "Fox & Friends" Thursday he was "sick to my stomach" after seeing that Rep. Joaquin Castro tweeted out Hanrahan's name along with dozens of others in an attempt to shame Trump supporters.

Hanrahan, CEO of MidAmerican Aerospace, said it was "galling" that Castro attempted to tie the president's supporters to the actions of a mass shooter who killed 22 people at a Walmart in El Paso.

Castro, D-Texas, has refused calls from the Trump campaign and Republicans to delete the post, arguing the names of the donors are publicly available and claiming he does not want the people to be harassed or for their businesses to be boycotted. 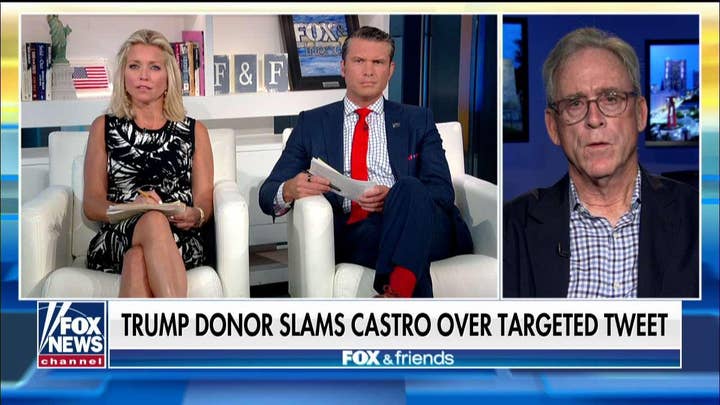 "He knows exactly what he's doing," said Hanrahan, adding that his father fought in World War II and he refuses to be "bullied with slurs of racism."

"I and a lot of other people that support the president, we're not gonna be called racist and the other slurs without fighting back," said Hanrahan, explaining that supporting political candidates is a matter of free speech.

JOAQUIN CASTRO DOUBLES DOWN ON OUTING TRUMP DONORS: 'NO ONE WAS TARGETED OR HARASSED'

He said he grew up in Iowa and supported Trump based on immigration, trade and staying out of foreign wars, not because he supports hate or racism.

"I had kids in my neighborhood that went to Vietnam and I'm 1,000 percent against foreign wars. I want to bring all the kids back. No. 2, the trade deals decimated Cedar Rapids, Iowa. We used to have manufacturing all over town, it's all gone," he said.

"I treasure the people from around the world. ... I have nothing against immigration. I think the world of the people who come here. The Cubans built a wonderful city in Miami. But I just think you should come to America legally. Those three things that Trump stood for resonated throughout the Rust Belt, where I'm originally from."

In an exclusive Fox News interview, real estate developer Wayne Harwell said that in addition to supporting Trump, he also donated money to Castro’s congressional campaign in 2011. But he suggested that after Castro outed him in a bid to shame Trump supporters, he won't be supporting Castro anymore. 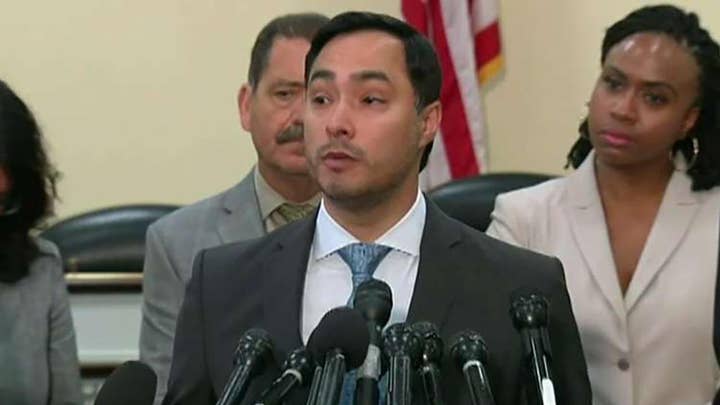 Another individual on the list, William Greehey, also gave thousands of dollars to Castro during his first two campaigns, the Washington Free Beacon reported.

Hanrahan said he hasn't been harassed so far except for some "unkind" emails, along with many more messages of support.

"There was a certain amount of skittishness, but it was mostly the millennial crowd. I work with a bunch of 20-, 30-year-olds and some of them wanted to lock the front door. I thought that was kind of ridiculous," he said.