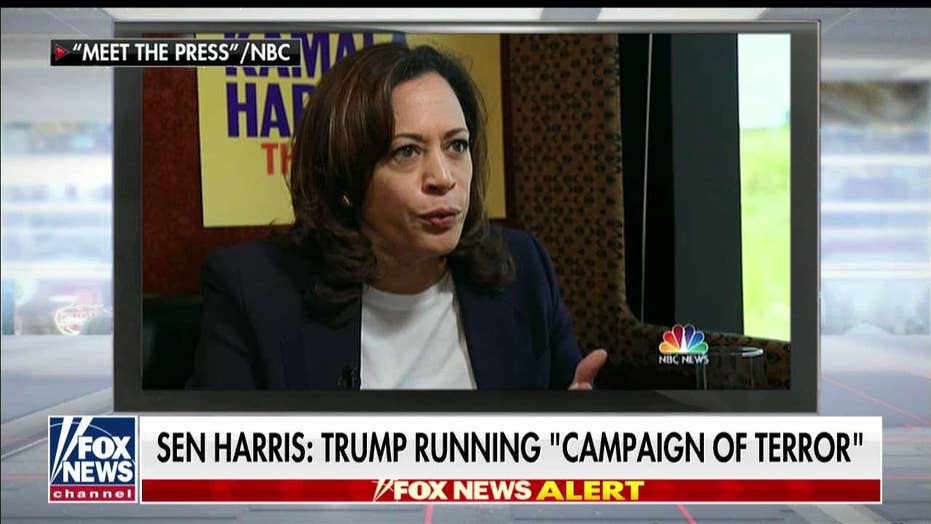 Tom Homan hits back at Kamala Harris: This is a world 'turned upside down'

President Trump authorized a raid on a food processing plant last week, which ended in the apprehension of 680 illegal immigrants, drawing backlash from Harris. After the government let nearly half of the detainees go on humanitarian grounds, the 2020 presidential hopeful appeared on "Meet The Press" Sunday and called the raids a "campaign of terror."

"This is politics at its worst... ICE is enforcing the laws that Congress enacted... and Kamala Harris as a senator in the U.S. Congress -- she needs to read the law before she starts vilifying the men and women who are merely doing their job, enforcing laws that they enacted."

He added, "If she doesn't like it, change the law. But I'm sick and tired of how they turn this whole world upside-down where those who knowingly violate the law are the victims, and those who enforce the law, all of the sudden, are the bad guys." 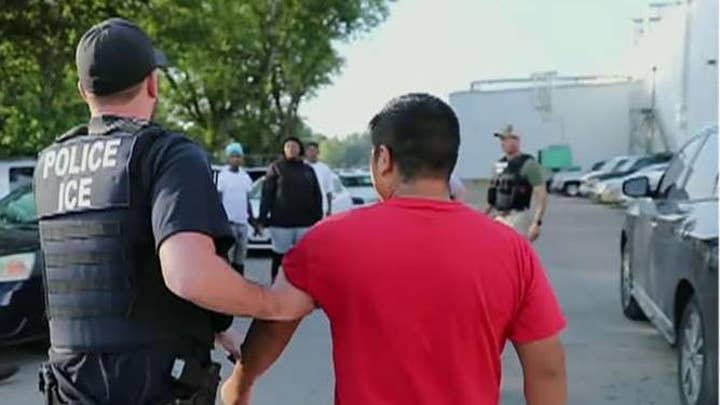 When host Sandra Smith asked if Trump's immigration strategy is working, Homan said the success of the president's plan is being hindered by Congress' inability to close certain loopholes.

"It will work. Look, Congress has refused to close the loopholes that are causing this mass migration at the border," he replied. "Ninety percent lose their case in front of an immigration court because they're not true victims of persecution. They're here for economic reasons... We need to do what we can to pull that magnet away so these people stop coming here and it's just not about enforcing the law, this is about saving lives.

"Thirty-one percent of women are being raped making this journey — children are dying. We've got to stop enticing these people to come here and thinking they can get an illegal job. These people knowingly violate the law... You can't blame law enforcement for trying to secure our border and [for] enforcing the law."