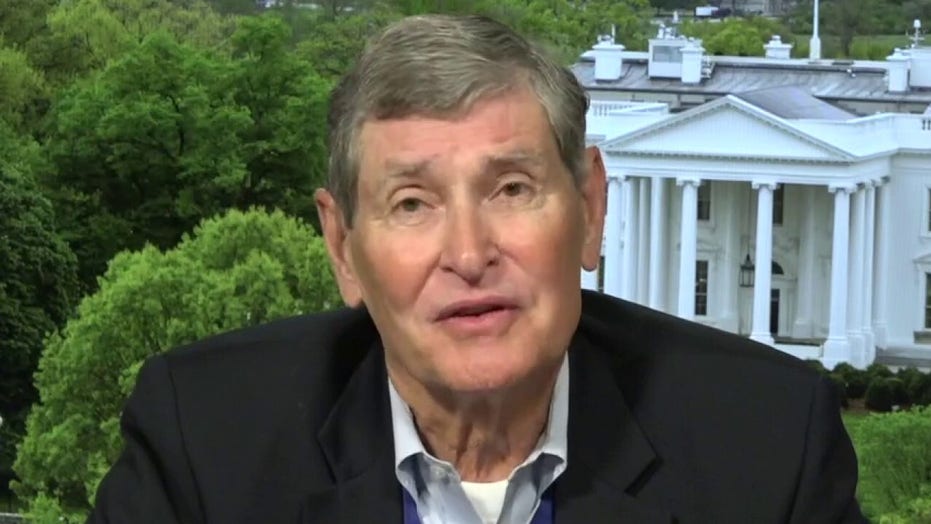 Receiving the Presidential Medal of Freedom was "very special" and an "opportunity to reflect," three-time Olympian and former congressman Jim Ryun said Saturday.

Ryun, appearing on "Fox & Friends Weekend," recalled a prayer he recited when he was a boy attending junior high school.

"I'd go to bed at night and I’d say, ‘Dear God, my resume is not good. I'd like it to be something. I feel like you've had a plan for my life. And, by the way, if it could show up in sports, I'd really appreciate it.’ And, I'd say goodnight and go to sleep. And boy did he show up ... at a lot of wonderful things."

"And then, yesterday, the Presidential Medal of Freedom: a great honor," Ryun said. "I'm very grateful for that."

"He's a giant of American athletics and dedicated public servant, and a man of charity, generosity and faith," Trump said during the Friday ceremony at the White House, where Ryun was joined by his family. "He's a great man, actually. Jim, thank you so much for your unfailing devotion to our country."

Jim Ryun reacts after President Donald Trump presented the Presidential Medal of Freedom to Ryun, in the Blue Room of the White House, Friday, July 24, 2020, in Washington. (AP Photo/Alex Brandon)

Dubbed the "master of the mile," Ryun became the first high school athlete to run a mile in under four minutes and was the last American to hold the world record running that distance. He went on to become an Olympic silver medalist before turning to public service as a five-term Republican congressman in Kansas, his home state.

"It was such a privilege to be on three different Olympic teams, to wear those colors, know that you're representing your country and wanting to do it in a way that would be honoring and you could express your pride," Ryun said.

Ryun's son Ned said being at the ceremony was an "incredible" experience. He said his "honest, decent, kind, grateful, humble" father taught him many important lessons.

"Of all of the people in the world [who have] walked the halls of Congress ... very few of them that can say, ‘I was absolutely the No. 1 best in the billions of people. I was truly No. 1 at what I did.’ My dad could do that, but he's kind and honest and gracious," the younger Ryun said. 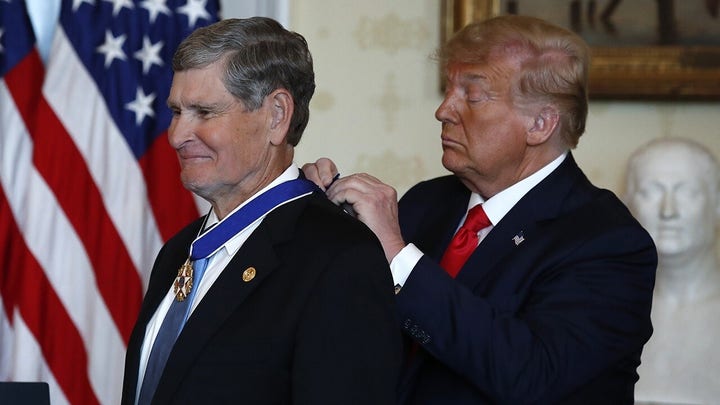 "To dream big," he replied.

"You’re going to fail at something. So fail at something you like and remember this: Failure is just a temporary detour to success. So don't be afraid to try, and I believe that's where our country is. We're entering into another step forward, if we choose to make that.

"I choose to make that; I know millions of other Americans do as well. We want to return America to greatness," he said.