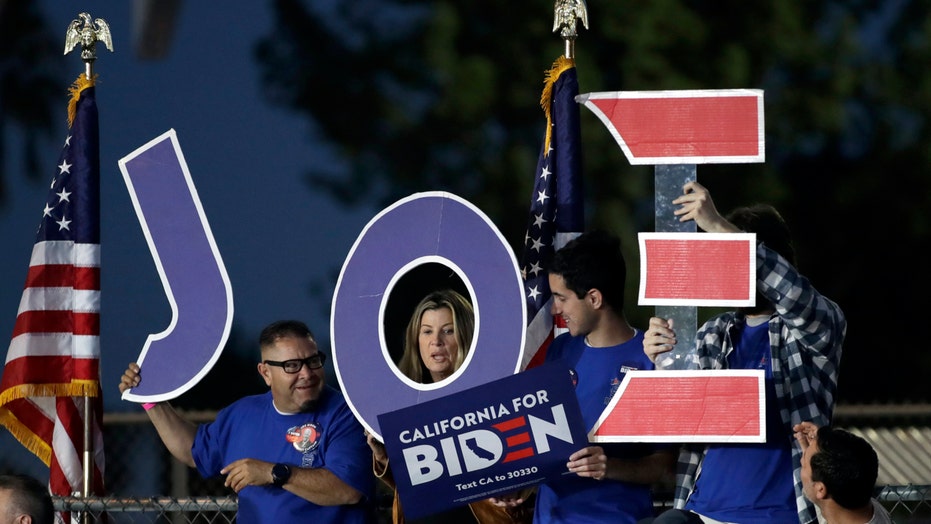 Generation X is voting in droves for Joe Biden, the true Democrat in the presidential race, says Fox News contributor.

Fox News contributor Jessica Tarlov said Tuesday that she is "baffled" by the apparent surprise at former Vice President Joe Biden's Super Tuesday victories, which have pulled him into a neck-and-neck fight with Sen. Bernie Sanders, I-Vt., for the Democratic nomination.

"I think Joe Biden is going to be the standard-bearer of the party and the surprise on a lot of people's faces that Joe Biden is having a great night when he is the Democrat that is running here, the person making the argument that Democrats, the people who have committed their lives to this political party and its values, should be unified, is baffling to me," Tarlov told the Fox News Voter Analysis panel.

Biden was projected to win primaries in Virginia, Tennessee, Alabama, Arkansas, North Carolina, Oklahoma and Minnesota as of 10:15 p.m. ET Earlier in the night, Fox News projected Sanders to handily win his home state of Vermont, as well as Colorado and Utah.

"Sanders has run a campaign for this election and in 2016 [on] not being part of our party and arguing that we should support him anyway," Tarlov said.

"If you don't want to be one of us, you don't deserve to lead us --and that's what's going on here."

"That's not to say that his policies haven't been popular, he obviously pushed the discussion especially on healthcare," she continued, "but if you don't want to be one of us, you don't deserve to lead us and that's what's going on here."

Biden's southern-state victories are more valuable in the delegate race, with Virginia worth 99 pledged delegates, North Carolina worth 110, Alabama worth 52 and Tennessee worth 64.  Oklahoma is worth 37. By contrast, Vermont is worth just 16 delegates and Colorado 67.

Biden's blowout win in Saturday's South Carolina primary appeared to have galvanized his campaign and shifted momentum ahead of his Super Tuesday victories.