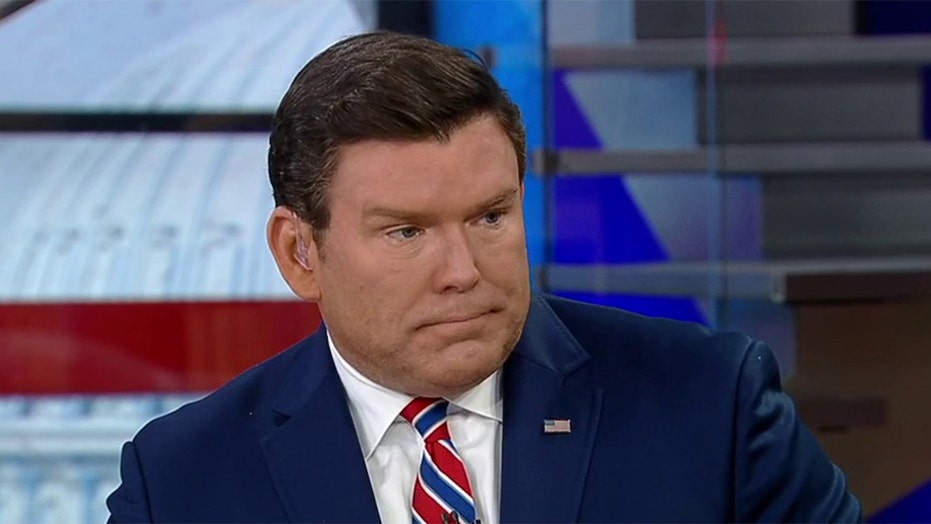 Former Vice President Joe Biden surged to victory in Super Tuesday contests across the South and beyond, while Sen. Bernie Sanders, I-Vt., claimed gold with a sizable win in delegate-prize California – divvying up the map on the biggest primary day of the season and indicating a tight battle between the two that is likely to drag on for weeks or more.

Biden had courted Texans as establishment support suddenly built for his campaign, even hosting a rally in Dallas on Monday night featuring a surprise appearance by former Texas Rep. Beto O'Rourke. Onetime rivals Pete Buttigieg and Amy Klobuchar, as well as several Obama administration officials, endorsed Biden's presidential bid within the past week.

In a worrying sign for Sanders, who had expected to perform well in the state, Maine's race call is still outstanding. With 71 percent of precincts reporting, Sanders and Biden are within two percentage points. 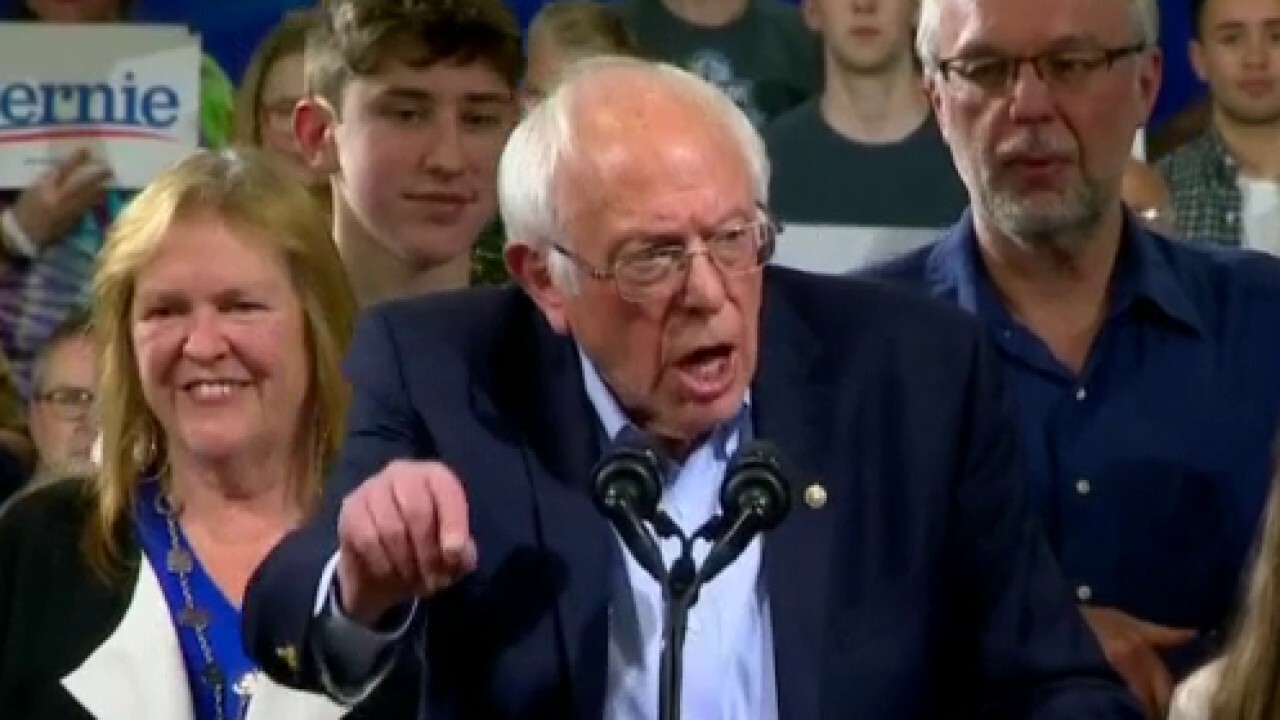 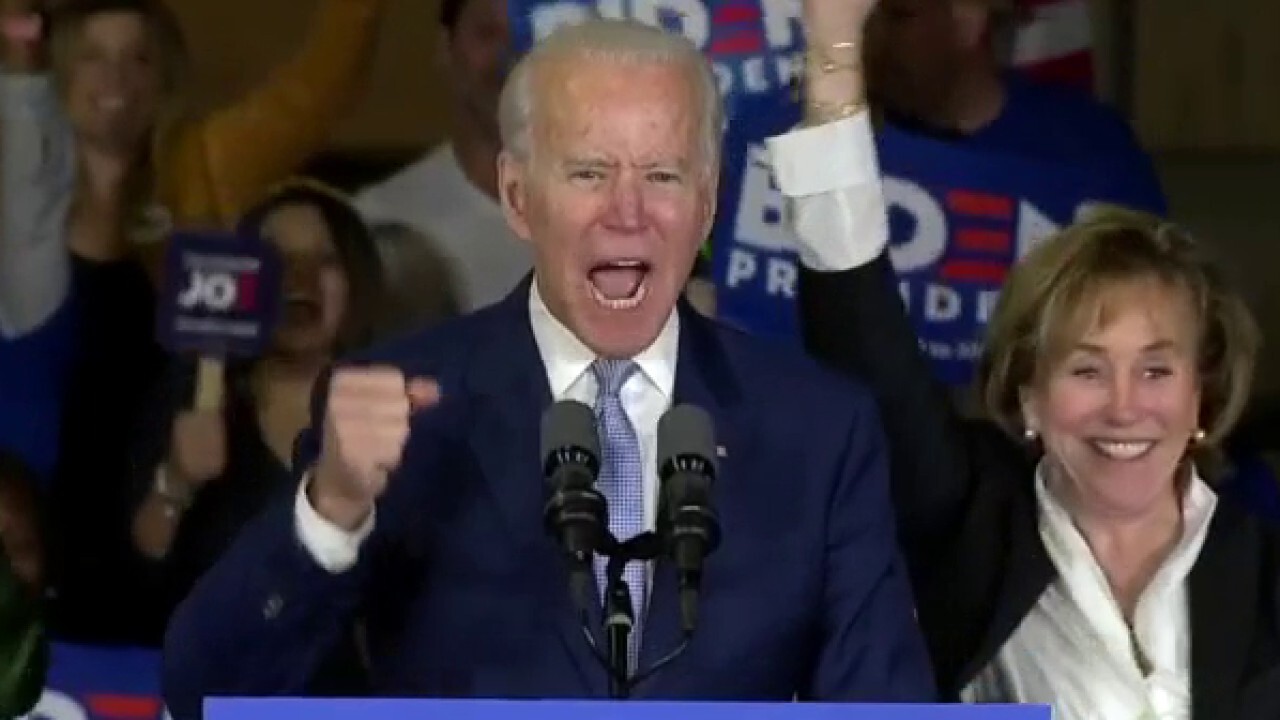 Joe Biden: 'They don't call it Super Tuesday for nothing'

The former vice president’s comeback was remarkable given his poor performances in Iowa, New Hampshire, and Nevada earlier this year, which left many pundits declaring his campaign dead in the water. Biden won the most contests Tuesday – though who came out ahead in the delegate race remains unclear – and certainly outperformed expectations from just a week ago.

"I'm here to report: We are very much alive! And make no mistake about it, this campaign will send Donald Trump packing," the 77-year-old Biden told fired-up supporters in Los Angeles Tuesday night.

Biden’s weekend win in South Carolina and the decision by 2020 rivals to bow out and endorse him were undeniable factors – especially in Minnesota, which he won after backing from Klobuchar, the home-state senator.

Next week's Mar. 10 primary in Michigan will be Biden's next test as he seeks to demonstrate that he can reliably overcome Sanders' appeal in the Midwest.

California and its 415 delegates amounted to the biggest prize on the map on Tuesday, and Sanders was ahead by 9 percentage points with 58 percent of precincts reporting early Wednesday.

In every state voting on Tuesday, candidates who fail to receive 15 percent of the vote either statewide or in a congressional district leave empty-handed. Candidates who clear the 15 percent threshold receive a proportional share of delegates.

BIDEN CAMPAIGN REBUFFS COMEY ENDORSEMENT: 'HOW DO I RETURN IT?'

Biden was on track to hit that threshold in California -- but former New York City Mayor Mike Bloomberg was also performing well in the state, and it remained likely Sanders would ultimately take home by far the most delegates there.

"We're gonna win the Democratic nomination, and we are going to defeat the most dangerous president in the history of this country," Sanders told cheering supporters late Tuesday in Essex Junction, Vermont, as the crowd erupted in chants of "Bernie!"

"We're not only taking on the corporate establishment," Sanders added. "We're taking on the political establishment." He slammed Biden for voting to authorize the war in Iraq, backing trade agreements that "cost us millions of good-paying jobs," and seeking to cut Social Security funding.

Who comes out ahead in the delegate race is still being assessed, because they are allocated proportionally and not all votes have been counted. Approximate total delegate counts through Super Tuesday are 660 for Biden, 586 for Sanders, 110 for Bloomberg, and 101 for Warren.

"We're taking on the political establishment."

Biden's southern-state victories were valuable: Virginia is worth 99 pledged delegates, North Carolina is worth 110, Alabama is worth 52, Tennessee is worth 64 and Arkansas is worth 31. Oklahoma is worth 37, while Massachusetts is worth 91 and Minnesota is worth 75.

By contrast, Vermont is worth just 16 delegates, while Utah is worth 29 and Colorado 67. California will help close that gap for Sanders.

For their part, Massachusetts Sen. Elizabeth Warren and Bloomberg have openly suggested they could stay in the running until the Democratic National Convention. It's unclear whether their poor showing on Super Tuesday will lead them to reconsider.

Warren will finish a drastically disappointing third in her home state, and Fox News projects Sanders will place ahead of her in second.

Democratic presidential candidate Sen. Elizabeth Warren, D-Mass., emerges from the booth with her ballot as she votes on Tuesday, March 3, 2020, in Cambridge, Mass. (AP Photo/Steven Senne)

The results were also a disaster for Bloomberg, who spent half a billion dollars on his campaign and sought to present himself as the only truly electable candidate in the race. Bloomberg was on the primary ballot for the first time on Tuesday.

However, there was at least one bright spot for the high-spending billionaire as the votes rolled in. Bloomberg picked up five delegates American Samoa, according to an Associated Press projection. Hawaii Democratic Rep. Tulsi Gabbard was slated to win one delegate there.

Addressing supporters in Florida Tuesday night, Bloomberg acknowledged he may be in for a rough night, even as he declared that "we proved we can win the voters who will decide the general election."

"No matter how many delegates we win tonight, we have done something no-one thought was possible," Bloomberg said. "In three months we've gone from one percent in the polls to being a contender for the Democratic nomination for president."

Previously, Bloomberg has strongly hinted that he's not going anywhere regardless of what happens on Tuesday. At a Fox News Town Hall on Monday, Bloomberg suggested he might take his bid to the Democratic National Convention, where he said "horse-trading" could decide the nominee.

Warren has similarly vowed to take her campaign all the way to the convention in a "final play" and is seeking to at least hold her home state.

"My name is Elizabeth Warren and I'm the woman who's going to beat Donald Trump," Warren assured supporters Tuesday.

A total of 14 states were voting Tuesday.  To win the nomination, candidates must receive 1,991 of the total 3,979 pledged delegates at the Democratic National Convention (DNC) this summer in Milwaukee, Wis.

If no candidate receives a majority on the first ballot, hundreds of so-called "superdelegates," or party insiders, are allowed to cast their ballots. Roughly one-third of the 3,979 total delegates were at stake on Tuesday.

Meanwhile, Democrats looked for answers to explain Biden's sudden rise. Sanders had the endorsement of Minnesota Rep. Ilhan Omar, but fell well short in the state. In a tweet, Omar suggested Warren's continuing presence in the race may have played a role in Sanders' defeat there and elsewhere.

"Imagine if the progressives consolidated last night like the moderates consolidated, who would have won?" Omar wrote. "That’s what we should be analyzing. I feel confident a united progressive movement would have allowed for us to #BuildTogether and win MN and other states we narrowly lost."

And, mystical author Marianne Wiliamson, who dropped out of the presidential race earlier this year and endorsed Sanders, accused the Democratic Party of conspiring to undermine the democratic socialist's surging campaign at the last moment.

She later deleted the tweet, but wrote another: "Elite Republicans don’t respect democracy; elite Democrats don’t trust democracy. Real power in the hands of the people is a threat that neither of them can abide."

Even as the results continued to come in, other politicians and pundits began drawing their own conclusions.

Added the president: "The biggest loser tonight, by far, is Mini Mike Bloomberg. His 'political' consultants took him for a ride. $700 million washed down the drain, and he got nothing for it but the nickname Mini Mike, and the complete destruction of his reputation. Way to go Mike!"

"Elizabeth 'Pocahontas' Warren, other than Mini Mike, was the loser of the night," Trump went on, before deploying a reference to what he has called Warren's infamous Instagram "beer catastrophe" when she launched her campaign.

"She didn’t even come close to winning her home state of Massachusetts," Trump said. "Well, now she can just sit back with her husband and have a nice cold beer!"