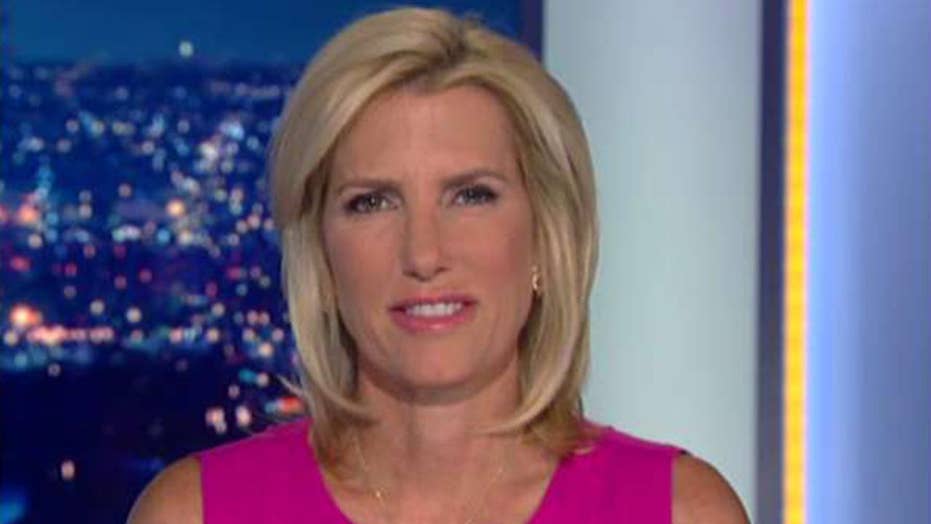 Ingraham: Obama on the outs

"As talented a politician as he was, as attractive a candidate as he was, Barack Obama didn't deliver in critical areas for the progressives," Ingraham said, explaining why the candidates have now turned on Obama.

Ingraham said Democrats were initially "mesmerized" by Obama and his promise of "hope and change" but saw he was unable to deliver -- and was ultimately responsible for Donald Trump's presidency.

"Yet for all the White House parties, the Nobel Prize, the appearances on 'Ellen,' what Obama delivered was ... President Donald Trump. The liberals' worst nightmare," Ingraham said.

" ...  for all the White House parties, the Nobel Prize, the appearances on 'Ellen,' what Obama delivered was ... President Donald Trump. The liberals' worst nightmare."

The Fox News host said she believes the Democratic Party has been angry about President Trump's ascension ever since.

"The party has been writhing and venting. Buoyed by the 2018 midterms but still vexed by the man who Robert Mueller couldn't take down. And now they're finger-pointing," Ingraham said.

Ingraham said she believes many Democrats blame Obama for the current state of the country.

"President Obama appeared to be a dream candidate but now many feel on the left that they're living in a nightmare. And their rage will likely dominate the Democratic Party for many years to come," Ingraham said.