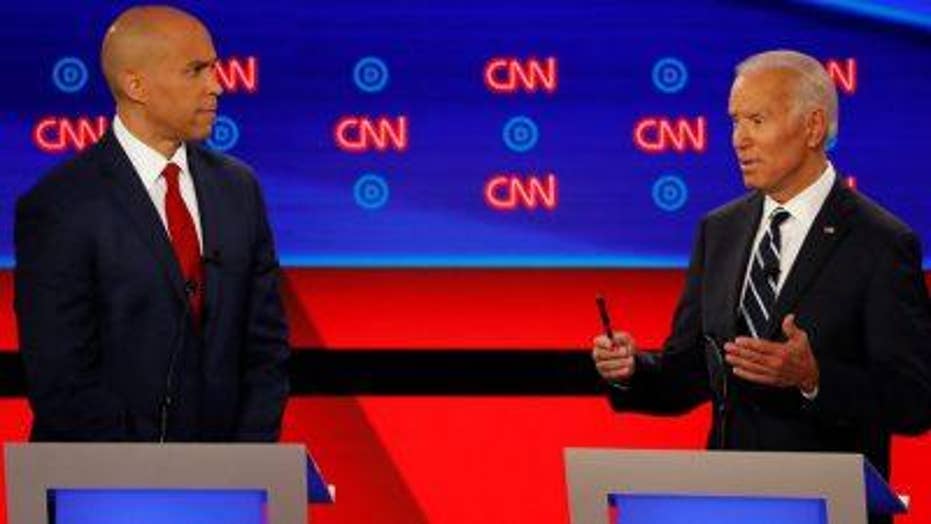 Several MSNBC personalities took aim at the 2020 Democrats for leveling several "attacks" at the Obama administration over President Trump.

"Morning Joe" co-host Joe Scarborough took to Twitter and and repeatedly slammed the Democrats for challenging policies under President Obama like Obamacare and immigration.

"Ok. Let me get this straight. Democrats hate Obamacare AND hated his immigration policies? What planet are they from?" Scarborough tweeted. "You know you have extreme ideologues running for president when @BarackObama is a punching bag for being too conservative. [For what it's worth], President Obama is the only Democrat to twice win a majority of the vote since FDR (and is still hugely popular in the Democratic Party.) Not. Smart."

He added, "These candidates are attacking Barack Obama’s policy positions more than Donald Trump. That is politically stupid and crazy.... Democrats who think trashing @BarackObama is a political winner, will be the political losers."

“It was weird for me to watch about 40, almost 40 minutes of primary attacks on the Obama administration’s policies. It was odd,” Reid told the panel, later citing New York City Mayor Bill de Blasio's attacks on Obamacare. "So it was an odd strategy to me... It’s almost as if the debate forgot who is president because the attacks on Donald Trump- I don't remember his name being mentioned that much.”

"The weirdest thing to me which I'm having a hard time with is... is it a smart strategy to attack the Obama administration?" McCaskill asked. "I mean, this is a Democratic president elected twice. I think he's the only Democrat we've had with the margins he's had since FDR that did that, remains wildly popular in the Democratic Party."