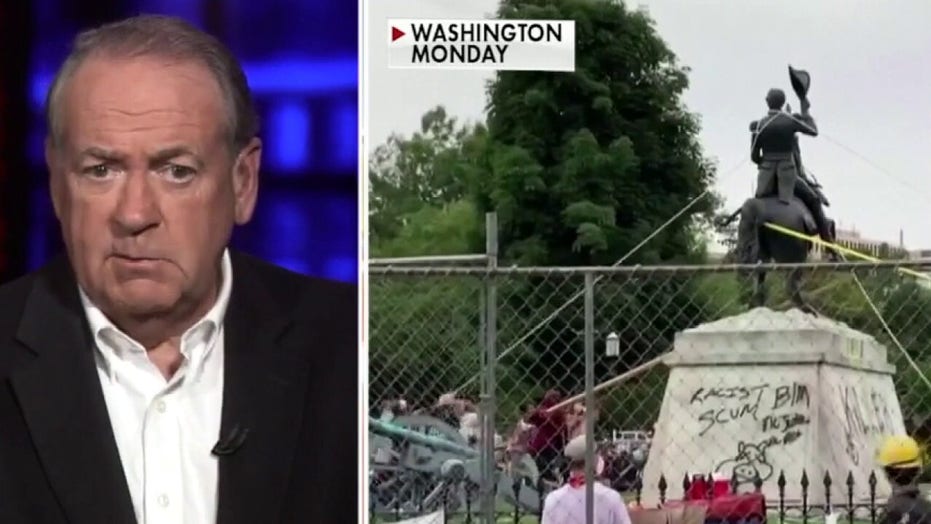 Huckabee: How erasing our history is dangerous, can lead to a 'lost civilization'

'This is not peaceful protest,' says Mike Huckabee reacting to protesters targeting statues and wanting to change the nation's history

Former Arkansas Gov. Mike Huckabee told “Outnumbered Overtime” that the tearing down of statues and monuments honoring Confederate soldiers, slave owners and other controversial historical figures “is a total violation of everything civil about us.”

The statues and monuments have been torn down in states including Virginia and California — either officially or by the protesters themselves. Historic monuments and statues have become the targets of anger and vandalism during protests in the wake of George Floyd’s police-involved death at the end of May.

“When people are trying to tear down public property, that is a mark of anarchy,” Huckabee, a Fox News contributor, said.

He made the statement after President Trump told reporters on Tuesday that anyone caught vandalizing monuments or any other federal property can be subject to arrest and face up to 10 years in prison.

The president’s latest statement follows an attempt to take down a statue of Andrew Jackson in Washington, D.C.’s Lafayette Square near the White House Monday night, a second incident targeting the nearby St. John’s Church and prior vandalism of the Lincoln Memorial and World War II Memorial.

“This is not peaceful protests. We’re all for that, that's an American right and I think we all support people being able to protest. That's not what this is,” Huckabee said. 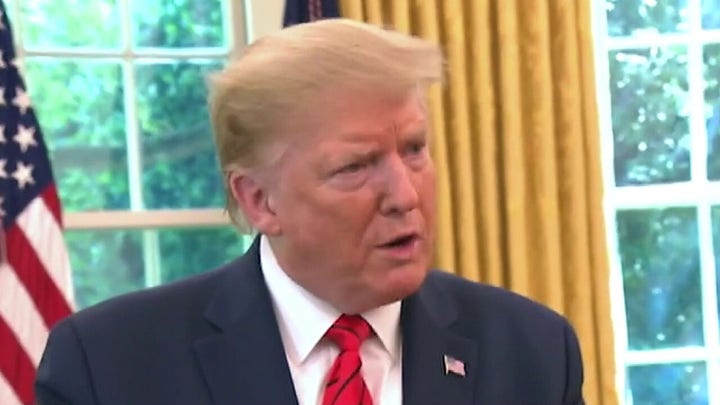 “This is a total violation of everything civil about us and it's also people deciding that they are their own government.”

He noted that “you can't have that in a society where we have the social contract of law.”

“If we are going to get rid of all the statues and deface things like the World War II Memorial, I think any day now we are going to see people say, 'Let's get the Jefferson Memorial taken down, the Washington Monument,'” Huckabee added. “It's absurd and it’s dangerous to a civil, ordered society.”

Huckabee noted that “these weren't perfect people, they did some things that we can't necessarily applaud in 2020, but there were other things about their lives that truly were remarkable.”

He then said that by “erasing our history, including all the cultural and antiquities that we have” in the U.S., is “acting no different than the Islamic terrorists who go into a very civilized place like Iran and destroy every last piece of art and erase the history of a people.”

“The danger there is that history is to a civilization what memory is to the individual,” Huckabee explained. 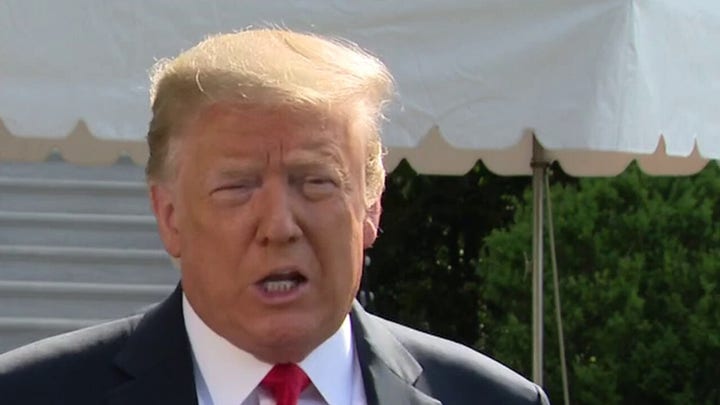 He equated the current situation to a person experiencing “total amnesia.”

“If a culture, a civilization doesn't understand, know, or even care about its history, it’s going to be a civilization that is lost, confused, and living in chaos, which is where we’re headed,” Huckabee said.

He acknowledged that there are "things about our history” that aren’t “beautiful.”

“But that's part of the lesson of history, to say, ‘Let's embrace this, but not this.’ That's how it's supposed to work,” he noted.