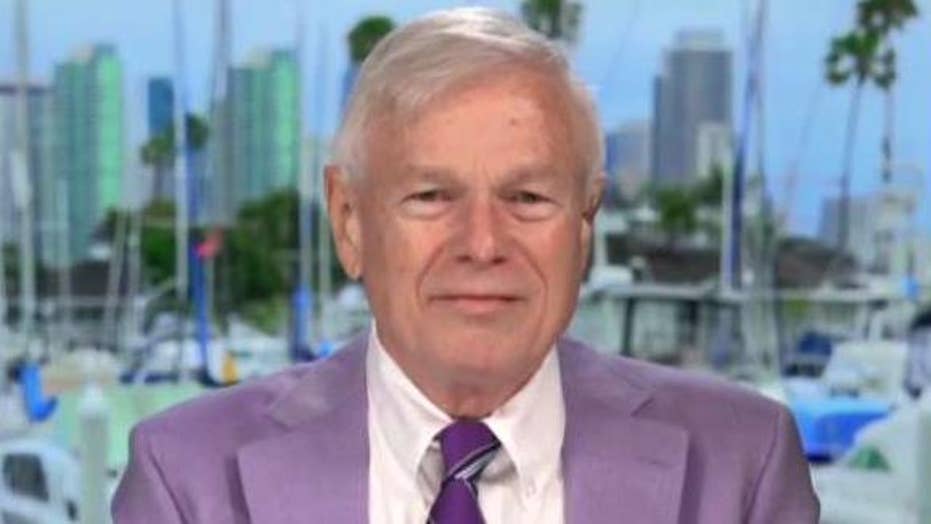 Carr went on to say that Patrick’s two terms as governor were “lackluster.”

Carr pointed out that Patrick’s second term was rife with “scandals,” including alleged welfare fraud.

"His lieutenant governor had to resign in disgrace," Carr noted.

Patrick is the latest Democrat to consider joining the 2020 Democratic presidential primary fray, with sources close to the politician telling The Associated Press he's mulling a White House run.

Patrick ruled out a run earlier this year, but has since been talking with party operatives and donors about launching a campaign. His deliberations came as some Democrats have expressed uncertainty about the party's current crop of contenders.

Patrick has not made a final decision on whether to run and would face fast-approaching deadlines to get on the ballot in key states.

“He just looks in the field, like everyone else, and says: ‘Why not me?’” Carr said.

Patrick has been a close ally of former President Barack Obama. He made history as Massachusetts' first black governor, serving from 2007 to 2015. The former governor has been just the latest high-profile Democrat sparking rumors of a late entry into the primary race.

“There’s something in the water in Massachusetts,” Carr joked, referring to all the 2020 presidential hopefuls who are natives of Massachusetts, including Sen. Elizabeth Warren and former Gov. Bill Weld.