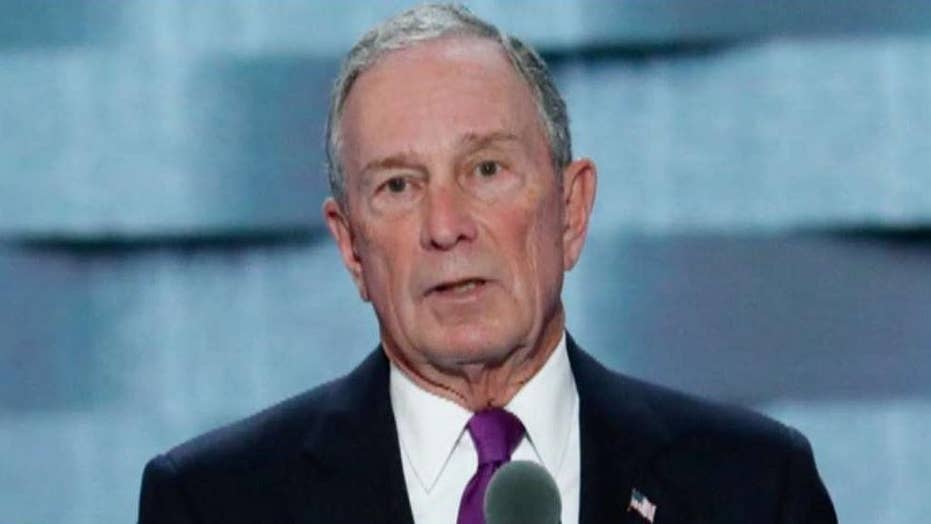 "If we run, we are confident we can win in states voting on Super Tuesday and beyond, where we will start on an even footing. But the late timing of our entry means that many candidates already have a big head start in the four early states, where they've spent months and months campaigning and spending money,” Bloomberg adviser Howard Wolfson said in a statement.

BIDEN ON BLOOMBERG: 'I HAVE NO PROBLEM WITH HIM GETTING IN THE RACE'

“We have enormous respect for the Democratic primary process and many friends in those states, but our plan is to run a broad-based, national campaign,” he added.

Iowa, New Hampshire, Nevada and South Carolina are the first four states to kick off the presidential nominating calendar. They are scheduled to hold their caucuses and primaries in February of next year, ahead of the rest of the country. 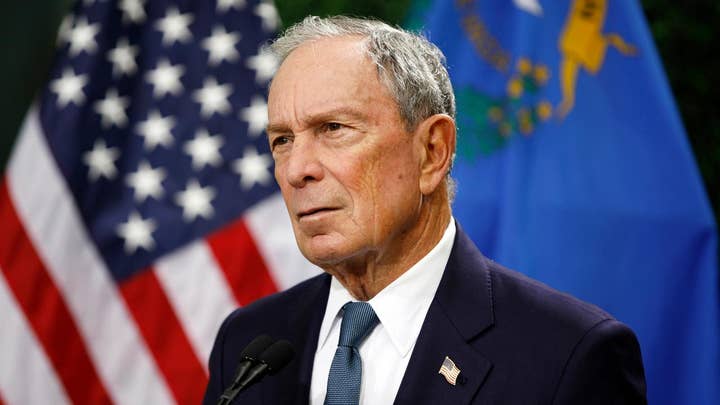 Bloomberg flirted with a presidential bid early this year – including a swing through New Hampshire - but in March ruled out a 2020 White House run. His top advisers said on Thursday that he changed his mind because he worried the current crop of 2020 hopefuls were not “well positioned” to beat President Trump next November.

On Friday, Bloomberg aides filed paperwork in Alabama to designate him as a candidate in that state’s Democratic presidential primary just ahead of the deadline.

But it's all but certain Bloomberg won’t travel to New Hampshire before the November 15 deadline for candidates to place their name on the ballot in the first-in-the-nation presidential primary.

“We are disappointed and frankly very surprised that any candidate would launch a campaign for the White House where their path doesn't run through New Hampshire or any of the other early states,” Buckley wrote.

“New Hampshire and other early state voters are some of the most engaged voters in the country," the longtime state party chair added. "They ask tough questions that prepare the candidates for what's to come in the general election. It's unfortunate that Michael Bloomberg doesn't want to participate in this invaluable, important, and unique primary process and be tested the same way that the other Democratic candidates have been and will be."

And Iowa Democratic Party chair Troy Price tweeted that "it's disappointing to hear that Mayor Bloomberg doesn’t plan on competing in Iowa’s first-in-the-nation caucuses or the other three early nominating states."

Retail campaigning is a crucial compenent of campaign politics in Iowa and New Hampshire, with some voters in both states often meeting and asking qusetions of the candidates multiple times during the course of a presidential primary cycle.

If Bloomberg follows through and officially enters the race, he's expected to spend millions of his own money on his White House bid, lauching TV and digital ads from coast to coast as he likely runs a national campaign.

But Democratic presidential contender Andrew Yang, who's campaigned extensively in Iowa and New Hampshire over the past year and a half, predicted that Bloomberg is "going to have a uphill climb in the race."

Speaking to reporters after he filed to place his name on the New Hampshire primary ballot - hours before Bloomberg's announced decision to skip the early voting states - Yang said “there are somethings money cannot buy and you can’t replace thousands of conversations in New Hampshire and in the early states with advertising. It’s just not possible."

"I welcome Mike into the race in the sense that he is a great American leader and has a lot to offer but I think he’s got his work cut out for him," Yang added.