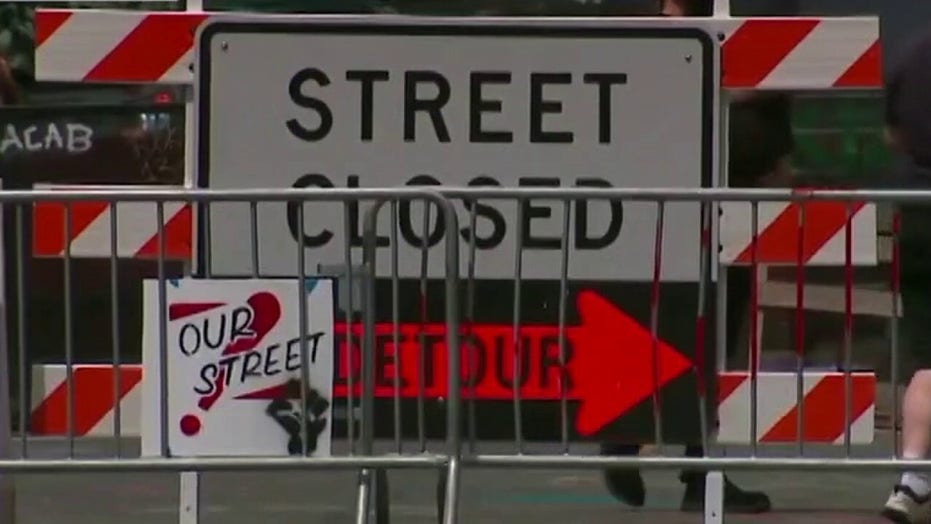 "The Five" co-host Greg Gutfeld said Thursday the ongoing occupation of six blocks of Seattle's Capitol Hill neighborhood by anti-police protesters -- who have declared the area to be “autonomous” and a “cop-free zone” -- is a learning experience for the far-left.

"In the old days, if you had a teenager and they were caught smoking, what did you do? You made him smoke two packs of cigarettes. You do the same thing with the far-left," Gutfeld said. "You have them indulge the very sins that they only toy with. You make them do it. You make them create the reality that they claim they really want. And what if it works? I mean, what if all the people you don't like move to some area [and] build a wall? It's also great that they're into walls now."

After days of protests over the death of George Floyd in Minneapolis police custody, Seattle police appeared to abandon the East Precinct building Monday night as a crowd of protesters set up barricades in the surrounding area.

"The eternally woke need to see what happens with all the things that they believe are created by elves," Gutfeld said. "Food, toilet paper, bullets, whatever, suddenly disappear and then this experiment leaves [them] without anything to defend themselves when they turn on each other."

The "Greg Gutfeld Show" added that he gave the protesters credit for not being what he called "appeasers."

"They aren't the leftist celebrities who put out these appeasement videos, you know, standing up to hate and then saying you should defund other communities," he said. "Those people are cowards ... They do that, by the way, to save their mansions from being looted. This is real because they're following what they say. And it might be a disaster.

"And they already have a warlord. I mean, that's kind of impressive," Gutfeld concluded. "I appoint myself warlord of Fox News, starting now,"