Graham on how the system failed Michael Flynn

Senate Judiciary Chairman Lindsey Graham, R-S.C., said on "Hannity" Thursday that it's a "good day for America" after the Justice Department moved to drop its case against former National Security Adviser Michael Flynn.

"Bill Barr did the rule of law a great service. [Richard] Grenell did the truth a great service by forcing [Adam] Schiff to disclose these depositions," Graham said.

The stunning development came after internal memos were released raising serious questions about the nature of the investigation that led to Flynn’s late 2017 guilty plea of lying to the FBI.

SEAN HANNITY ON FLYNN CHARGES BEING DROPPED: WHERE DOES HE GO TO GET HIS NAME BACK?

Graham said he's eager for the Judiciary Committee to get to the bottom of how the case against Flynn unfolded and what went wrong. 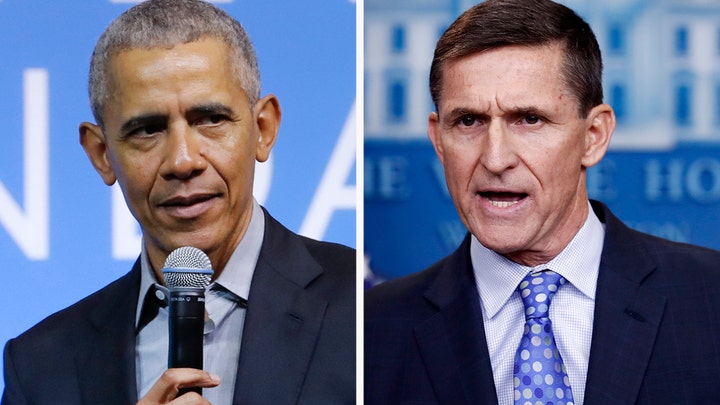 "So my job is to try to coherently, without revenge but with accountability in mind, explain to the American people how the system failed, how and why. I am going to start with the General Flynn case. As soon as his case is dismissed, we will be pursuing the Flynn investigation to try to explain how it got so off the rails, starting with offering General Flynn a chance to come to the committee and tell the country what it was like to go through this," said Graham.

The senator said earlier in the week that he also wants the committee to hear from former FBI Director James Comey and former FBI Deputy Director Andrew McCabe in the summer months.

"I'm gonna do my homework and then you'll hear from these people," said Graham.

The announcement came in a court filing "after a considered review of all the facts and circumstances of this case, including newly discovered and disclosed information," the Justice Department said.

DOJ officials said they concluded that Flynn's interview by the FBI was "untethered to, and unjustified by, the FBI's counterintelligence investigation into Mr. Flynn" and that the interview was "conducted without any legitimate investigative basis."

Also this week, transcripts of House Intelligence Committee interviews were cleared for release, showing top law enforcement and intelligence officials affirmed they had no evidence of collusion between the Trump campaign and Russia during the 2016 election.

The numerous transcribed interviews could raise further questions about House Intelligence Committee Chairman Adam Schiff’s past statements saying that there was “direct evidence” of collusion.