Florida Attorney General Ashley Moody torched the Biden administration over the border crisis on "America's Newsroom," arguing the nation is seeing "calamitous, disastrous effects" of the president's immigration policy. Attorney General Moody told Benjamin Hall the United States is no longer run under the "rule of law" as Florida reports an exponential spike in migrant encounters on their shores.

ASHLEY MOODY: Absolutely, you are seeing calamitous, disastrous effects of this administration's policies. You know, someone should ask President Biden, when did he decide to completely stop following the rule of law? We are no longer a nation under a rule of law. We're now a nation under the whims of a president who seems to have no care for the effect this is having on states or US citizens. I can tell you in Florida we are, we are dedicating millions to deal with the effects of this disastrous immigration policy. We're trying to determine how we can control those that are coming into our state since the federal government has abdicated all responsibility. 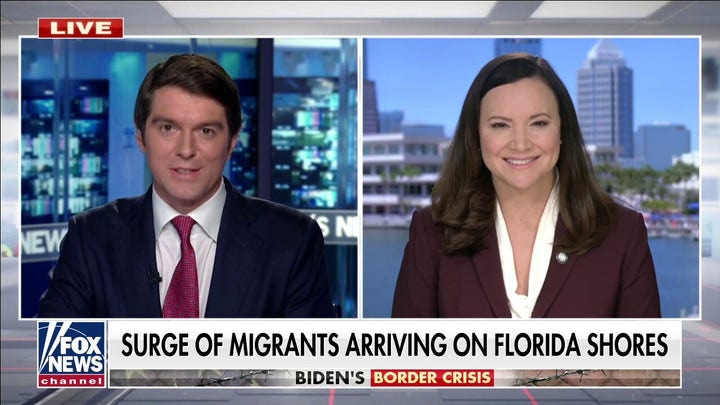