Benjamin Hall currently serves as a State Department correspondent for Fox News Channel (FNC). He joined the network in 2015 and is based in Washington, D.C.Read More

During his tenure with the network, Hall has covered numerous breaking news stories, from the front lines in Syria and Iraq during the battle against ISIS, to the wars in Afghanistan and Gaza. Most recently, he has reported extensively on Russia's invasion of Ukraine, including anchoring primetime special hours from Kyiv and Lviv, Ukraine.

Previously, Hall was a foreign correspondent based in London, England. In this capacity, he covered President Biden’s first overseas trip to Europe. He also reported on President Trump’s first overseas trip to Saudi Arabia, and was in Singapore for the 2019 summit between President Trump and North Korean leader Kim Jong Un. He also contributed to the network’s coverage of Prince Harry’s wedding to Meghan Markle as well as Prince Philip’s funeral. He has covered elections in numerous countries, interviewed presidents, prime ministers, foreign ministers, US commanders, ISIS prisoners, and survivors of the genocide against Uighers in China.

Additionally, Hall’s breaking news coverage has included reporting on numerous terror attacks, from Paris, to Brussels, Nice, Munich and Istanbul; the Russian poisoning of dissidents, and the death of Saudi journalist Jamal Khashoggi; the release of US prisoners abroad, the use of chemical weapons by the Assad regime, and negotiations between US and Iran ahead of the nuclear agreement; BLN protests and the origins and fallout of the global pandemic.

Prior to joining FNC, Hall worked as a war correspondent in the Middle East and Africa. He has written for the New York Times, Sunday Times, BBC, The London Times, Agence France Presse, Playboy and Esquire Magazine. Additionally, he has reported for the British TV stations ITN and Channel 4, and has embedded with rebel and regime troops alike, often reporting from behind enemy lines in Libya, Syria, Iraq, Somalia, as well as Egypt, Haiti, and Iran.

Hall is the author of the book entitled, "Inside ISIS, The Brutal Rise of a Terrorist Army," published by Center Street of Hachette Book Group in 2015. He studied at Duke University and received a BA from Richmond American University in London as well as a post graduate diploma in television journalism from the University of the Arts London. Hall is a citizen of both the United States and the United Kingdom. 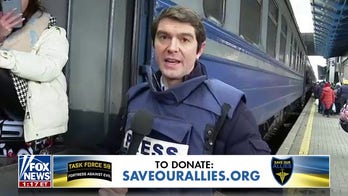 Co-founder Sarah Verardo discusses the operation to secure the correspondent from a war zone on 'America Reports.' 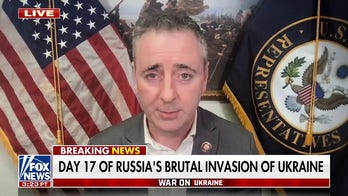 Rep. Brian Fitzpatrick, R-Pa., on the need for US to support Zelenskyy's military requests and the controversial 'no-fly-zone' 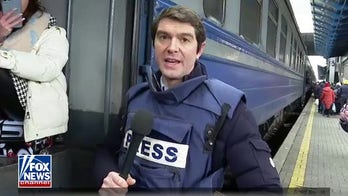 'Ben is alert and in good spirits,' Fox News CEO Suzanne Scott said in a memo. 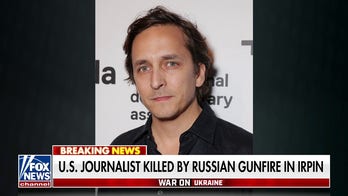 Correspondent Benjamin Hall has the details on the tragic killing of an American journalist on 'Fox News Live.' 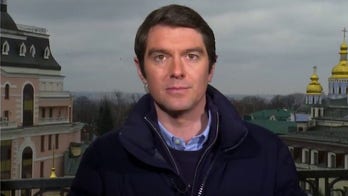 'Ben is hospitalized and our teams on the ground are working to gather additional information as the situation quickly unfolds,' Fox News CEO Suzanne Scott said in a statement. 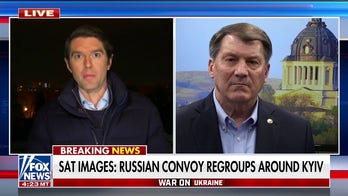 Blame the Biden administration for inflation and the cost of gas, not the war in Ukraine, South Dakota Sen. Mike Rounds says. 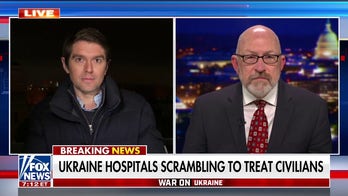 Lt. Col. Dakota Wood assesses the strength of the Russian and Ukrainian forces on 'Fox Report.' 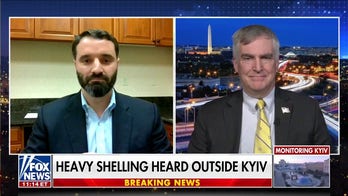 National security experts Latham Saddler and Fred Fleitz weigh in on what it will take to bring Putin to the negotiating table. 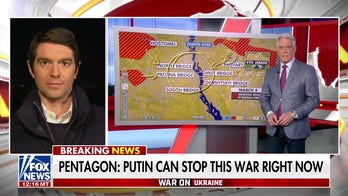 Fox News correspondent Benjamin Hall has the latest on the Russian assault from Kyiv, Ukraine, on 'America Reports.' 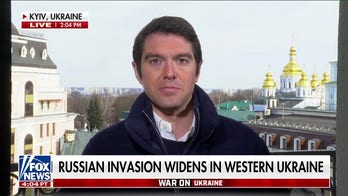 Benjamin Hall reports in Kyiv on Ukrainians bracing for an attack on the city.