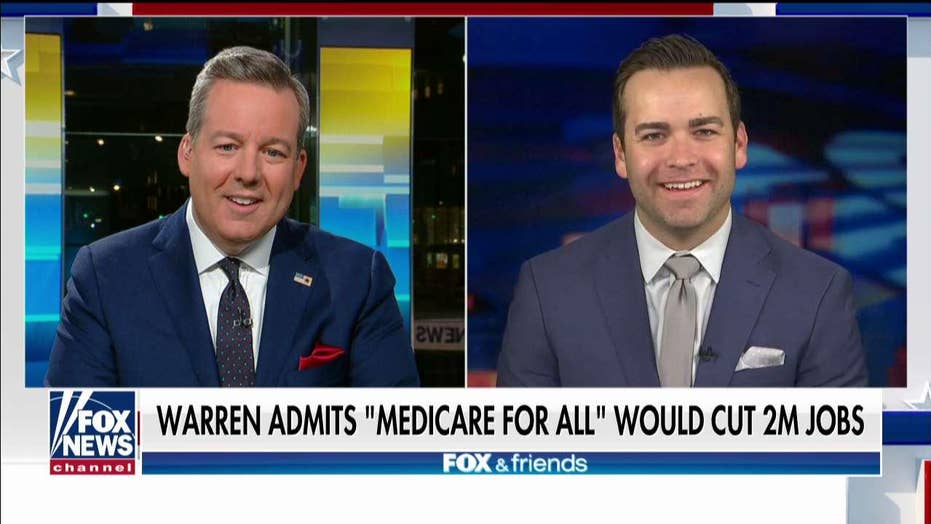 During the last Democratic presidential debate, Sen. Warren, D-Ma., promised voters that costs will only go up for the wealthy.

“We don’t need to raise taxes on the middle class by one penny to finance Medicare-for-all,” Sen. Warren, D-Mass., said in her plan — a copy of which was obtained by Fox News in advance of its release Friday.

The Warren campaign's detailed proposal insists that the costs can be covered by a combination of existing federal and state spending on Medicare and other health care -- as well as myriad taxes on employers, financial transactions, the ultra-wealthy and large corporations and some savings elsewhere. Those measures are meant to pay for a projected $20.5 trillion in new federal spending. Notably, they include what is essentially a payroll tax increase on employers, something economists generally say can hit workers in the form of reduced wages.

Warren calls for bringing in nearly $9 trillion in new Medicare taxes on employers over the next 10 years, arguing this would essentially replace what they’re already paying for employee health insurance. Further, Warren’s campaign says if they are at risk of falling short of the revenue target, they could impose a “Supplemental Employer Medicare Contribution” for big companies with “extremely high executive compensation and stock buyback rates.”

Appearing on "Fox & Friends: Weekend" with host Ed Henry, Denson said that the reality of the situation is "people lie," but that "numbers don't."

"And, when you start to add up $52 trillion and start to think about where that money's coming from, the only way you can actually get to a place where that makes sense is generational debt," he told Henry.

Denson added: "f you effectively take all of this money away from employers through new taxes, where do new wages come from?

A new study by the Committee for a Responsible Federal Budget is alleging that the wealth tax won't even come close to covering Warren's plan. A statement released by the Committee reads: "Even with extremely aggressive revenue-raising policy changes, we only identify enough revenue increases from high earners and businesses to cover about 40 percent of the cost of Medicare for All."

Denson told Henry that the plan lacks a basic understanding of how economics work in the United States.

"I don't know if I should roll my eyes or shiver in fear," he said. "Because, the concern here, again, when you're looking a the economics of this...she's taking a snapshot in time of the current economic structure," he said. "But, she's not factoring in that you've got two percent employment overnight if this passes. That taxable revenue from that structure is gone. Not to mention the squashing of innovation, new healthcare advances...You want to cure anything in the United States anymore? Forget it under this plan."

"There is zero way of paying $52 trillion for a healthcare system without taxing the middle-class," he concluded.