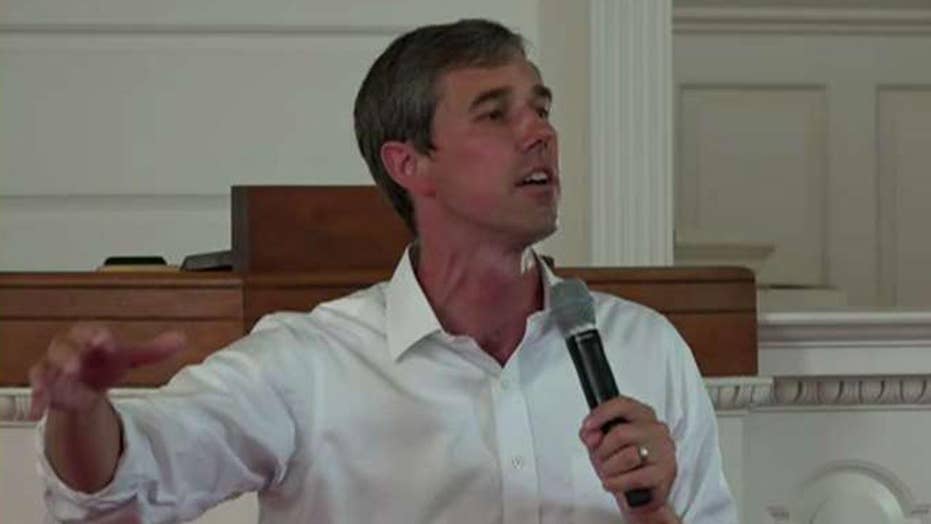 Former Texas Congressman Beto O'Rourke tweets that his campaign was about 'seeing clearly, speaking honestly and acting decisively'; reaction and analysis on 'The Five.'

Former Texas Democrat congressman Beto O'Rourke announced Friday he is withdrawing from the 2020 presidential race, telling supporters “it is clear to me now that this campaign does not have the means to move forward successfully.”

O'Rourke entered the race in March to great fanfare after nearly defeating Texas incumbent Sen. Ted Cruz in the 2018 midterms but struggled to gain traction in the massive Democratic primary field.

O’Rourke was in Iowa, ahead of a planned appearance at an event in Des Moines, when he announced his exit from the race. On Friday, an emotional O’Rourke addressed a group of supporters after the news broke. “This has been the honor of my lifetime,” he told them. “I love you all and I know that I’ll be seeing you down the road.”

An O'Rourke spokesperson confirmed to Fox News that the candidate had ruled out running for the Senate next year, when Sen. John Cornyn, R-Texas, is up for re-election.

President Trump reacted to the news by tweeting Friday, "Oh no, Beto just dropped out of race for President despite him saying he was 'born for this.' I don’t think so!"

O'Rourke sought to make gun control a top issue in his campaign, most notably after the Aug. 3 mass shooting in his hometown of El Paso. He went so far as to embrace the confiscation of certain firearms, memorably  saying in a September debate, "Hell yes, we are going to take your AR-15."

The 47-year-old O'Rourke was urged to run for president by many Democrats who were energized by last year's narrow Senate in reliably Republican Texas. He raised an astonishing amount of money from small donors across the country, visited every county in the Lone Star State and used social media and livestreaming video to engage directly with voters. He ultimately lost to Cruz by three percentage points.

But O'Rourke struggled to replicate that model in the presidential primary and both his polling and his fundraising had dwindled significantly in recent months.

"I am grateful to all the people who made up the heart and soul of this campaign," O'Rourke said on Twitter Friday. "You were among the hundreds of thousands who made a donation, signed up to volunteer or spread the word about this campaign and our opportunity to help decide the election of our lifetime. Our campaign has always been about seeing clearly, speaking honestly, and acting decisively."

It comes as other candidates are fighting for survival in the race: Democratic presidential candidate Kamala Harris is dramatically cutting her staff and is closing campaign offices in New Hampshire, to re-direct resources to Iowa.