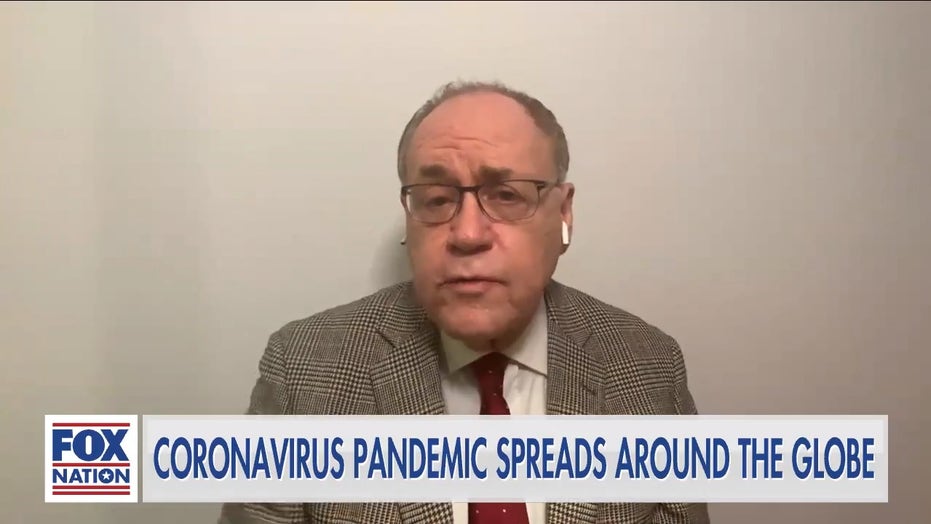 Dr. Marc Siegel: Coronavirus response threatens ability to 'stay together as a society'

Fox News contributor Dr. Marc Siegel added his voice to a growing chorus of medical, political and economic experts who are warning that the U.S. must change its approach to the coronavirus pandemic or risk doing more harm to the country than the actual disease.

"About three or four weeks from now, we're going to back off of these draconian measures because we won't be able to stay together as a society if we don't," warned Siegel on Fox Nation's "Deep Dive" on Monday.

President Donald Trump also alluded to this concern in a tweet on Sunday, writing in all capital letters, "WE CANNOT LET THE CURE BE WORSE THAN THE PROBLEM ITSELF. AT THE END OF THE 15 DAY PERIOD, WE WILL MAKE A DECISION AS TO WHICH WAY WE WANT TO GO!"

Fox News and Fox Nation host Steve Hilton observed that the economic impact of local, state and federal measures to impose "extreme social distancing" on millions of Americans may plunge the nation into an economic crisis on par with the "Great Depression, perhaps even worse."

The Wall Street Journal editorial board sounded the alarm on this issue last week in a piece titled, "Rethinking the Coronavirus Shutdown."

"Federal and state officials need to start adjusting their anti-virus strategy now to avoid an economic recession that will dwarf the harm from 2008-2009," wrote the WSJ editorial board.

"We're dealing with an unprecedented situation here and everyone's been doing the absolute best that they can," she said, "but this is simply not sustainable." 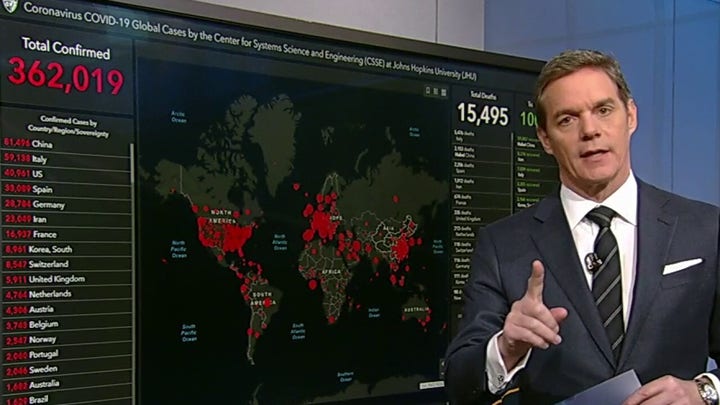 "I would argue that the administration needs to start pivoting and moving to phase two and letting everybody know that this ends on a date certain and that we're going move to a new approach because we will destroy our economy if this continues much longer," Strassel contended.

Joel Griffith, a research fellow for the Institute for Economic Freedom and Opportunity at the Heritage Foundation, warned that measures to stop the spread of the virus have pushed too many businesses to the brink of bankruptcy.

"Most of these businesses don't have cash in the bank that can sustain them past three or four weeks being shut down," said Griffith.  "We can handle a two-week shutdown. We can't handle a two-month shutdown.

"I know there's a lot of proposals being circulated and talked about in the Senate right now, in the House, to do these massive bailouts," he continued, "but the fact is, you can't print enough money. You can't borrow enough money to bail out each and every business that will go broke."

As an alternative, Dr. Siegel proposed that the country may be better served by adopting a "mitigation strategy" to slow the spread of the virus, instead of a near-complete shutdown of person-to-person contact. 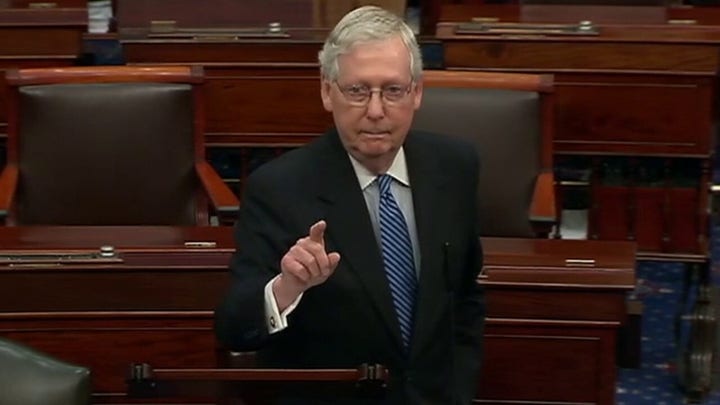 "Right now, it's a draconian measure where you put a rope around the whole community and freeze everybody in place, which, by the way, causes a lot of fear," said Siegel. "A more moderate mitigation strategy would mean this -- test many more people. Then select out those who have it and have been most in contact with [the virus]."

Siegel said that more extensive testing would allow the government to identify those who are at the highest risk of contracting and spreading the virus for the purpose of isolating them from the rest of the population.

STEVE HILTON: FLATTEN THE CORONAVIRUS CURVE AND NOT THE ECONOMY

"I grant that it's not ideal what I'm saying, but it's certainly much better for the economy and it would be just as good to protecting those most at risk," he concluded.

"We're going have to -- for the survival of this country economically --- figure out a different way to do it. That's not like a maybe -- it's a must-do," stressed Strassel.