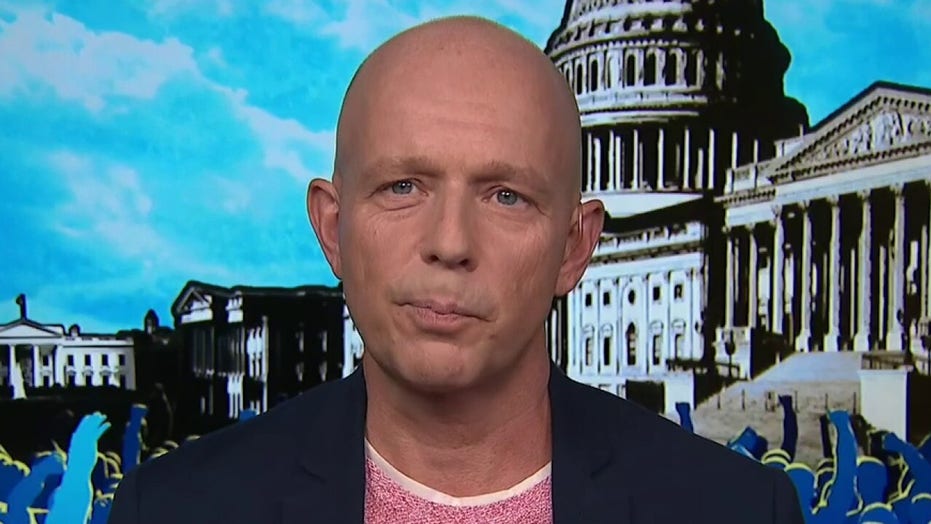 Hilton: Flatten the curve not the economy

Now, you've been hearing everywhere else about the coronavirus and the latest numbers and the medical response. But I want to focus on what I think is an even bigger crisis, and that is the economic, social and above all, human cost of the total shutdown policy.

US CORONAVIRUS CASES SURPASS 35,000, NOW THE THIRD HIGHEST IN THE WORLD

No one should question the seriousness of this virus, and especially as I said last week, the need to avoid so many hospitalizations at the same time that our medical system can't cope. The chosen strategy is social distancing, and right now, that involves extreme measures to shut down daily life.

I'm not sure that the people on TV have grasped how serious this is. To the extent they're focusing on it at all, they are using completely the wrong frame of reference. They talk about a recession like the one we had in 2008. What planet are they on? We've never seen this before, a total self-imposed shut down of the economy. Businesses large, medium and small will lose all their revenue. Not a slight reduction, or even a steep reduction like in a recession, but all of it -- gone. No income, nothing, potentially for months.

We hear about a V-shaped curve, a dramatic fall and a quick bounce back maybe. But if the V is as deep as the Grand Canyon, that is a hell of a climb.

In Washington on Sunday, the Senate failed to advance the latest coronavirus relief package, so negotiations will continue on what's looking to be a $2 trillion stimulus plan. Let's talk about that plan. And as we do, let's remind ourselves what this is all about -- men and women across America who have risked everything, worked every hour to follow their dreams and build a business. Local businesses that are not just economic units, but the lifeblood of a community.

Most of the people in Congress -- most of the talking heads on TV -- they've never started a business and don't understand business. I have, and I do. So what I'm about to say comes not just from my perspective as someone who has run policy at the heart of a large government, but someone who has run a small business -- a number of them actually, including one, a restaurant that was at the heart of its community.

You think it is just the coronavirus that kills people? This total economic shutdown will kill people.

President Trump gets this, too. He understands business. He loves entrepreneurs. He loves America's small businesses and farmers and all the workers who rely on them for a living and to support their families. So this economic curve we're about to take a nosedive on, it is not just about money. It's about the heart and soul of this country.

In the days ahead, let's make sure the Congressional stimulus package doesn't miss the target. Part of it will be spent sending a check to every American on April 6th and another on May 18th. But by April 6th, hundreds of thousands of businesses will have closed and millions of people will be unemployed. Worse, it will be those with the most precarious lives, least able to cope.

By May, my God, millions of businesses will go under and tens of millions will be unemployed. Look, more money is always welcome for hard-pressed Americans. But this is not about stimulus, it's about survival.

And the whole send a check scheme misunderstands why someone goes under or not. If you're a small business, you have bills to pay. Right now, not in April or May. Now. Payroll, rent ... but you have no revenue. Thanks to the government's total shutdown, you have to let people go, so then they don't have income to pay their rent or their mortgage and before you know it, you have mass unemployment and families on the streets. Millions of viable businesses murdered by the government.

The second part of the current Congressional plan, a small business loan scheme, Larry Kudlow says it can work quickly. But even the help that's supposed to be there right now doesn't work. A friend of mine tried to use the Small Business Administration Emergency Grant Program this week. The website was wrong. The details were wrong. It is a total mess.

Businesses are folding today, tomorrow, Tuesday -- who's got time to fill out forms? Send them into some giant bureaucracy? Wait for an answer, even if it's yes, then find yourself saddled by crippling loans for years. And don't get me started on the third part of the so-called stimulus plan, bailouts for big business.

I think there is a quicker and simpler way to flatten the economic curve. Businesses have insurance policies to cover them for loss of revenue. The problem is a pandemic isn't covered.

On top of that, announce a nationwide policy of no evictions or foreclosures, residential or commercial. Of course, this would all cost a vast amount of money, which they seem to be spending like water. It went from one trillion to two in a couple of days.

Quite frankly, if they keep up the shutdowns until the end of May, they'll need $5 trillion; if it's in August, $12 trillion. This is an inconceivable amount of public money. It amounts to a total government takeover of the economy.

Are we ready for that? Can we afford that? Well, even if we can't, at least let's spend the money we can afford in ways that actually save our businesses.

But there's a much better way to flatten the economic curve. Dr. Fauci says he's fine with overreacting.

Anthony Fauci, director of the National Institute of Allergy and Infectious Diseases: I like it when people are thinking I'm overreacting because that means we're doing it just right.

Well, that's easy for him to say. He'll still have a job at the end of this, whatever happens.

Our ruling class and their TV mouthpieces whipping up fear over this virus, they could afford an indefinite shutdown. Working Americans can't. They'll be crushed by it. 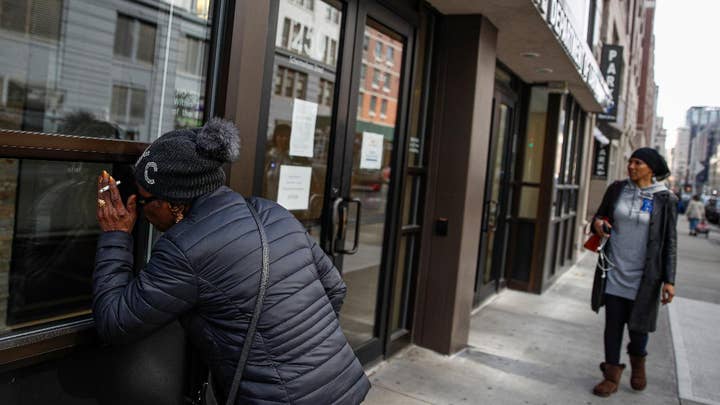 You know, that famous phrase? "The cure is worse than the disease." That is exactly the territory we are hurtling towards. You think it is just the coronavirus that kills people? This total economic shutdown will kill people.

A U.K. study calculated that 130,000 people died avoidably from austerity there between 2012 and 2017. The years of austerity for America to pay the cost of this shutdown will be worse. Adjusting for the size of our economy, it's over a million deaths.

But a family thrown out of their home -- the mom gets sick, the kids are orphans -- her death won't be counted. The dad who has been out of work for 30 years and finally got a job last month, and now he is back on the scrap heap and turning back to drinking and drugs -- his death won't show up in a neat little box on cable news.

The president announced a 15-day plan to beat the virus. After that, let's say, all right, we came together to slow the spread. Now, let's come together to protect the vulnerable. Get the ventilators. Get the beds. Get the equipment for our heroic nurses and doctors.

Keep the ban on large gatherings, but stop the total shutdown for everyone and start the total protection of the elderly and those most likely to need hospitalization. Don't turn a public health crisis into America's worst catastrophe.

Save small businesses. Flatten the curve, but not the economy, and do it before it's too late.

Adapted from Steve Hilton's monologue from "The Next Revolution" on March 22, 2020.