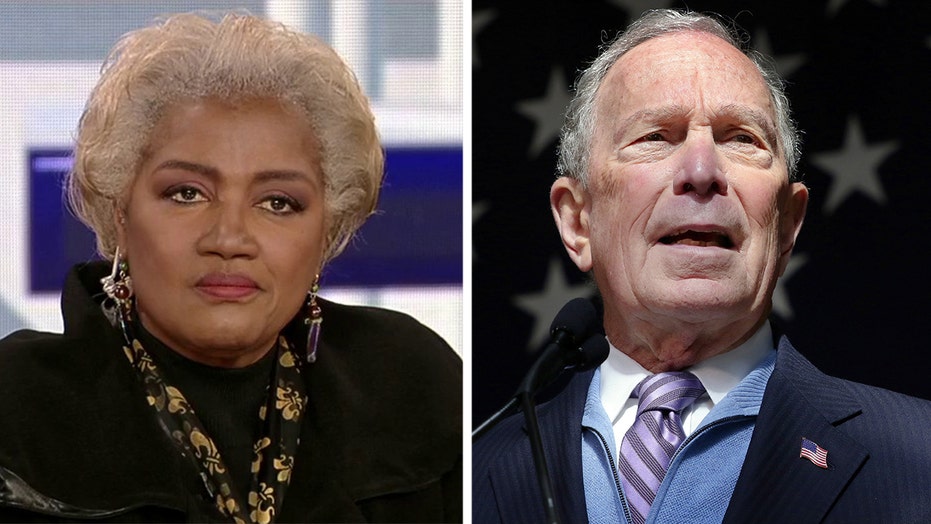 Donna Brazile says Mike Bloomberg has a lot of resources, but not a lot reasons to continue 2020 race

"I hear a candidate with a lot of resources, but not a lot of reasons to continue to fight unless he can pick up delegates," Brazile said on Fox News' special Super Tuesday coverage after Bloomberg spoke to supporters in West Palm Beach, Fla. "Look, I've been to many of the states ... over the last couple of weeks, California, of course, Texas, he's running ads, he has a ground operation, but he doesn't have the message that really resonates with base Democratic voters."

"And so I respect the fact that he's in the primary, but I don't see a path for him to get to 1,991 in terms of the delegates," added Brazile, referring to the number of pledged delegates needed to clinch the Democratic nomination.

Bloomberg claimed a victory in the American Samoa caucuses and was awarded five of the territory's six delegates, with Rep. Tulsi Gabbard, D-Hawaii, claiming the remaining one.

Brazile noted that Bloomberg does have support but that it won't be showcased in the polls and translate to delegates.

"He also has a large number of Democratic mayors across the country who have been through the Bloomberg leadership school," Brazile said. "I do believe that there's a lot of support out there for him, but it just won't materialize in the polls, nor will it materialize in terms of the delegates."

Former White House senior adviser Karl Rove predicted that Bloomberg will be a "player" in the upcoming general election.

"He's got a big wallet, which he's willing to spend on behalf of the Democrats," Rove added.