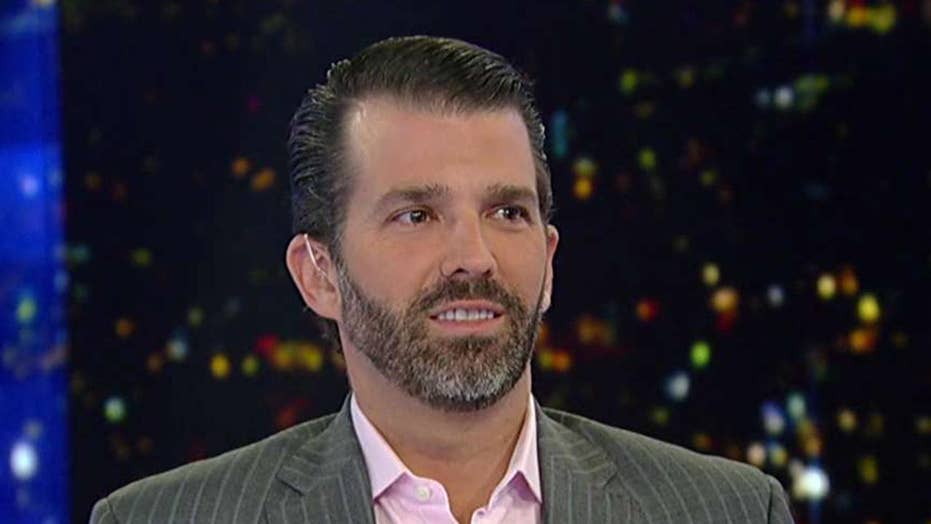 Don Jr.: It's time for Republicans to push back for justice

"[Schiff] told the American people, and so did [Lt. Col. Alexander] Vindman that they have no idea who the whistleblower is. That's not what I saw today," the president's eldest son said on "Hannity" Tuesday. "It seems like they know damn well."

Vindman, a National Security Council aide, testified Tuesday and caused a dustup by acknowledging communications with an unnamed intelligence official during an occasionally tense exchange with Republicans.

Schiff interjected to express concern that Republicans were trying to out the whistleblower through the questioning. After consulting his attorney, Vindman said, "Per the advice of my counsel, I’ve been advised not to answer the specific questions about members of the intelligence community."

Trump Jr. called Tuesday night for Republicans "to push for justice," implied that Schiff and Vindman lied to Congress and noted he would like them to be treated in the same manner as he would.

"You know what? I'd like them to be treated like I would be if I lied to Congress or I lied to the American people because it's time that the Republicans push for some justice the other way, Sean," Trump said. "They're getting away with it and they will keep doing that and steamrolling the Republicans until we push back accordingly." 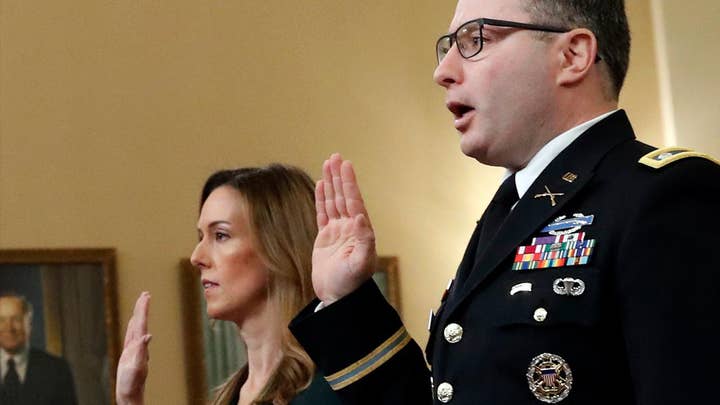 Trump Jr. also dismissed the hearings as boring and said the information gained from the witnesses was less than incriminating toward his father.

"Honestly, I'm watching this thing. I'm like, I can't tell if these are our witnesses or theirs," he said.