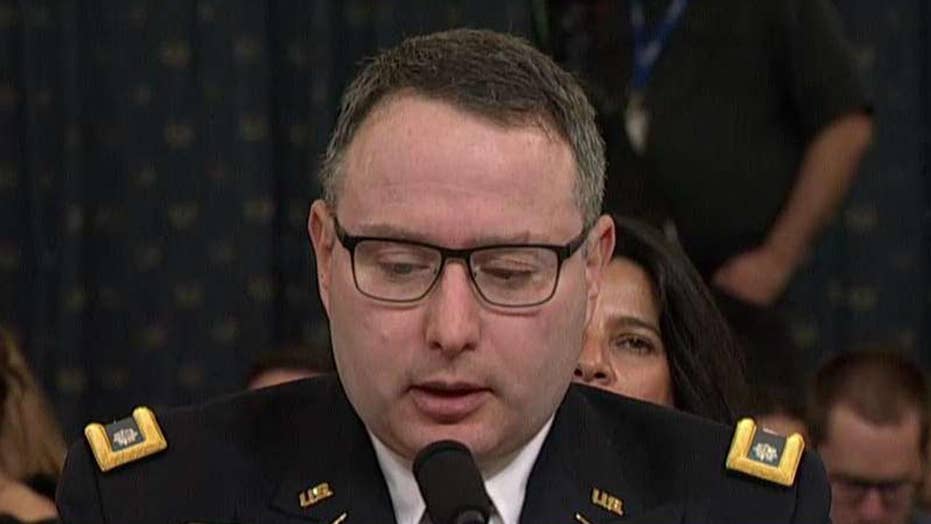 Lt. Col. Alexander Vindman testified in Tuesday's impeachment hearing that the omission of the word “Burisma” -- the Ukrainian natural gas firm that hired Hunter Biden to serve in a lucrative role on the board -- in the transcript of President Trump’s July 25 phone call with Ukrainian President Volodymyr Zelensky was not “significant,” despite some prior controversy over the missing references.

Vindman, a director at the National Security Council, testified alongside Jennifer Williams, an aide to Vice President Pence, as part of the House’s public phase of impeachment hearings. Both officials listened to Trump and Zelensky’s now-infamous phone call over the summer.

House Intelligence Committee Chairman Adam Schiff, D-Calif., asked both officials whether the name of the Ukrainian natural gas firm—Burisma Holdings—was mentioned on the call when Trump pressed Zelensky for an investigation into the Bidens and 2016 election meddling. Both confirmed that they heard the name Burisma on the call, but that it was missing from the transcript of the conversation that the White House released to the public in September.

Williams said she was “not involved in the production of the transcript,” so was unaware why the word Burisma was not included.

But Vindman attributed the omission, simply, “to the fact that this transcript being produced may have not caught the word Burisma.”

“It was in the transcript that was released as ‘the company,’ which is accurate,” Vindman said. “It’s not a significant omission.” 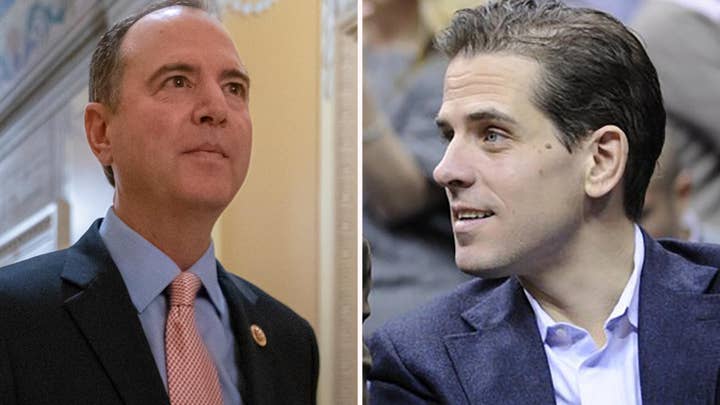 Vindman added that it was “informed speculation that the folks that produce these transcripts do the best they can, and they just didn’t catch the word.

“It was my responsibility to, then, make sure the transcript was as accurate as possible, and that’s what I attempted to do, by putting the word back in because it was in my notes,” he explained.

The testimony comes after his prior closed-door comments on the same issue made headlines weeks ago, with multiple articles flagging the omission of "Burisma" -- seemingly stirring Democrats' suspicion.

Schiff went on to question Vindman on his testimony behind closed doors, asking why he believed that Zelensky was “prepped” for the July 25 phone call—specifically on the topic of the Bidens and Burisma.

“It seemed unlikely that he would be familiar with a single company in the context of a call that was on the broader bilateral relationship,” Vindman said. “And it seemed to me he was either tracking this issue because it was in the press, or that he was otherwise prepared.”

When asked later about the omission of “Burisma” in the transcript, and ignoring some edits proposed by Vindman to the transcript before its release to the public, he said: “I didn’t see that as nefarious.”

At the center of the impeachment inquiry, which began in September, is Trump’s July phone call to Kiev. Trump pressed Zelensky, on the call, to open an investigation into the Bidens, specifically Hunter Biden's role on the board of Burisma, and former Vice President Joe Biden's role in pressuring former Ukrainian President Petro Poroshenko to fire the prosecutor, Viktor Shokin, who was investigating the founder of the firm, Mykola Zlochevsky, the former minister of ecology and natural resources to Ukraine.

That call prompted a whistleblower complaint to the intelligence community inspector general, and in turn, the impeachment inquiry in the House.

The president’s request came after millions in U.S. military aid to Ukraine had been frozen, which Democrats and witnesses have claimed shows a “quid pro quo” arrangement. Trump denies that.