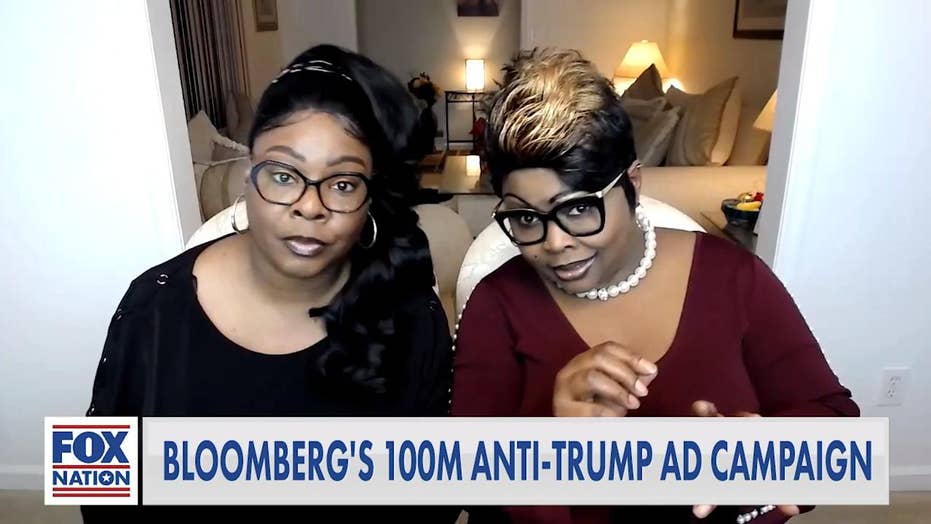 Diamond and Silk respond to Bloomberg's apology to&nbsp;black New Yorkers: 'He is nothing but a fake and a phony'

"For the life of me, I can't understand why Michael Bloomberg jumped into the race," Diamond said on Fox Nation's "Diamond & Silk."

The Fox Nation hosts warned viewers against taking Bloomberg's words to heart after he spoke at a predominantly black megachurch in Brooklyn, New York last weekend.

Reversing his longstanding support of the "stop and frisk" policing strategy which he embraced as mayor, Bloomberg told a Brooklyn church that he "was wrong."

“I apologize," he said, addressing those who felt they were victims of the controversial law.

Despite Bloomberg's efforts, Diamond and Silk cautioned viewers against accepting his apology.

"He went on an apology tour, apologizing in the black churches to black people, and black people sat there and listened to his foolery," Diamond said on the Fox Nation show.

"If you don't stand for something, you will fall for anything," she continued, "and Bloomberg has already shown us he is nothing but a fake and a phony. He doesn't have a backbone and he will fall at any time," the duo agreed.

After weeks of speculation, Bloomberg officially declared his candidacy earlier this week with a one-minute ad, which was posted on social media. Along with the video, Bloomberg posted a written statement on his campaign website in which he laid out why he was the best candidate to defeat President Trump next November.

Jumping into the race just 10 weeks before primary voting begins, the former mayor proved he is not holding back, after he reportedly shelled out $100 million in anti-Trump online ads that target the president through the primaries in key general election battleground states.

This week, reports circulated that the former three-term New York City mayor is spending an additional eye-popping $31 million on an ad buy in TV markets across the country.

"I’m disgusted by the idea that Michael Bloomberg or any other billionaire thinks they can circumvent the political process and spend tens of millions of dollars to buy our elections,” Sanders said.

Echoing his sentiment, Diamond & Silk suggested a better use of the money.

"Why did he jump into the race...as if he could just buy an election, with all of his money," they said.

Instead, Diamond suggested Bloomberg "take that hundred million and help the homeless in New York."

Advertising Analytics said one of the first ad buys spotted was in the West Palm Beach, Fla., TV media market, which is home to Trump's so-called "Winter White House," Mar-a-Lago.

For more of Diamond and Silk's unfiltered and entertaining remarks on the issues of the day, join Fox Nation and watch the latest episode today.