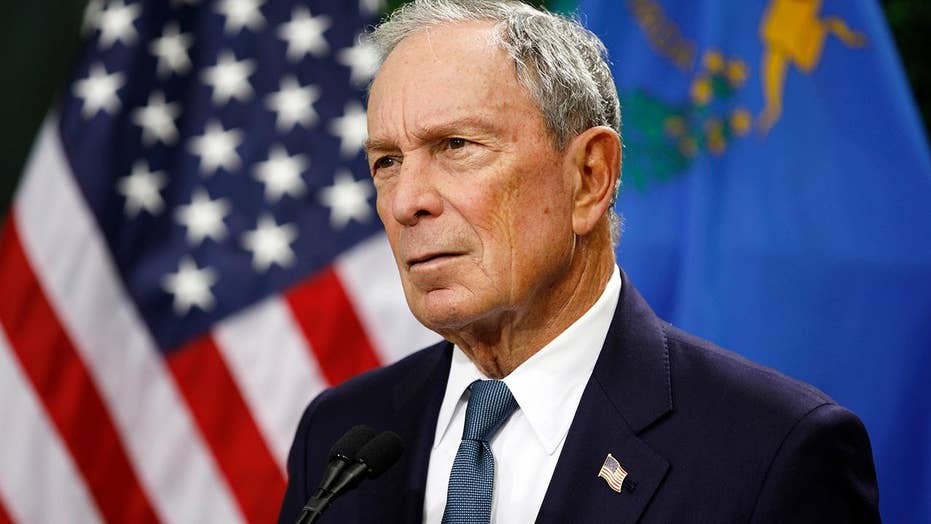 In the latest sign that Mike Bloomberg is moving toward a run for the White House and is willing to spend huge sums of money to try and topple President Trump, the billionaire business and media mogul is making a massive TV ad buy, which kicks off Monday.

According to the television ad tracking firm Advertising Analytics, the former three-term New York City mayor is spending an eye-popping $31 million on an ad buy in TV markets across the country. The firm says it appears the commercials will run for a week.

Asked by Fox News, senior Bloomberg advisers would neither confirm nor deny reports of the ad buy.

The move by the likely Democratic presidential candidate comes a week after he went up with a separate $100 million digital ad buy to run on-line ads that target Trump through the primaries in key general election battleground states.

Advertising Analytics said one of the first ad buys spotted was in the West Palm Beach, Fla., TV media market, which is home to president’s winter White House, Mar-a-Lago. The president is expected to spend the Thanksgiving holiday next week at Mar-a-Lago.

Meanwhile, one Democratic candidate in the race -- Vermont Sen. Bernie Sanders -- issued a scathing statement railing against the ad buy. “I’m disgusted by the idea that Michael Bloomberg or any other billionaire thinks they can circumvent the political process and spend tens of millions of dollars to buy our elections,” Sanders said.

Bloomberg on Thursday filed paperwork with the Federal Election Commission to run for president. But Bloomberg aides told Fox News the move was not an announcement that he’s running for president -- but merely another step in the process.

A Bloomberg adviser told Fox News “when we filed a petition to get on the ballot in Alabama on November 8, it started a process where we had to file with the FEC within 15 days. This is another step towards running, but it's not an announcement nor indicative of a final decision.”

Bloomberg has now filed to place his name on the presidential primary ballots in Alabama, Arkansas, Michigan, Georgia, and Texas.

Bloomberg – the former Republican-turned-independent during his three consecutive terms as New York City mayor – changed his voter registration to Democrat last year. He flirted with a presidential bid early this year but ruled out a run in March.

But his top advisers said earlier this month that Bloomberg changed his mind because he worried the current crop of 2020 Democratic White House contenders were not “well-positioned” to beat Trump next November.