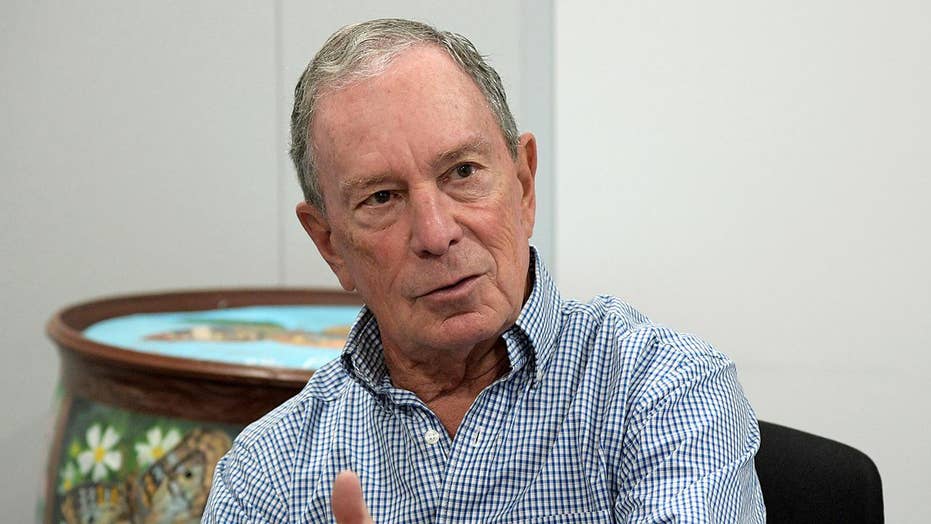 Does Michael Bloomberg have a path to the Democratic presidential nomination?

He hasn’t declared his candidacy for president – yet – but Mike Bloomberg’s already going up with a massive digital ad campaign targeting President Trump.

Fox News confirmed that the former New York City mayor and billionaire business and media mogul will spend $100 million to run digital ads starting Friday that target the Republican incumbent in the White House. The ads will run in the crucial general election battleground states of Michigan, Wisconsin, Pennsylvania, and Arizona.

BATTLE OF THE BILLIONAIRES: STEYER JABS AT BLOOMBERG

A Bloomberg aide told Fox News that “Mike isn’t waiting to take on the president, he's starting now. This is all hands on deck.”

The ads – which aides say will run through the end of the presidential primary season, even if Bloomberg ends up not running for the White House – do not feature him beyond the legally required disclaimers.

One of the ads – shared by Bloomberg’s team – featured a visual of a Trump tweet behind copy that read “A tweet shouldn’t threaten our country’s security.”

The ads may be aimed at blunting criticism by Democrats that Bloomberg’s money would be better spent on targeting Trump than on his own White House aspirations.

And the ads seem to hint that if Bloomberg moves forward and declares his candidacy, he would be willing to spend whatever it takes to defeat the president.

The Trump campaign, in responding to the digital ad buy, took aim at Bloomberg and his record governing New York City.

“Bloomberg can spend all the money he wants, but it won’t tarnish the president’s record of results for the American people, and it can’t repair his disastrous tenure as mayor of New York City," Ali Pardo, Trump campaign deputy communications director, told Fox News.