Ken Starr calls out House Democrats for exercising 'raw power' against Trump: 'Every American should be concerned'

The secrecy exercised by House Democrats and their display of "raw power" should concern all Americans, said Ken Starr on "America's Newsroom."&nbsp;

The secrecy exercised by House Democrats and their display of "raw power" in their impeachment push goes against everything the U.S. government stands for and should concern all Americans, said former special prosecutor Ken Starr on "America's Newsroom" Monday.

Starr called the process "profoundly wrong" and said the American public should be disturbed by the lack of protocol and due process. 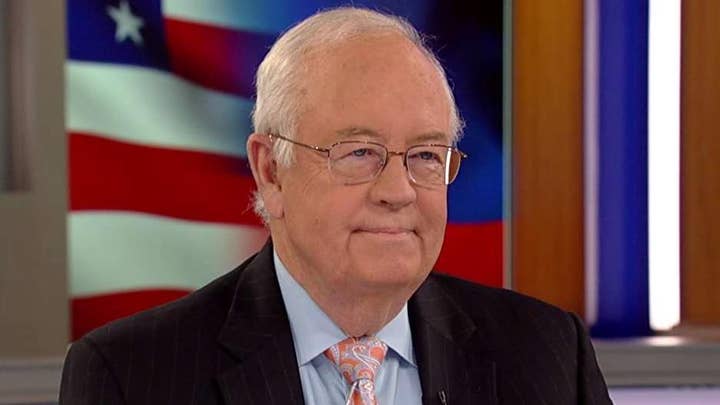 "Let the public assess [the evidence]," he said. "The House is given the sole power to impeach. Not a committee and not the speaker. I think this is something that every American should be concerned about -- that the speaker is not calling for a vote... It tells me that this is a very unorthodox, untraditional procedure and they should stop it."

Starr claimed American society has always been supportive of public trials in the interest of total transparency and called for an open process to help maintain the credibility of the government.

"Secrecy is bad unless there's a compelling need for secrecy," he said. "We believe fervently in public trials. Now, why is that? Because we want to be able to see. The juries need to be able to see and hear the witnesses.

"We need, as the American people... to be able not just to hear [or] read a transcript eventually. We need to hear and see because it has to do with credibility," Starr continued.

Starr also said congressional Democrats are terrified of total transparency and have defied the Constitution in the interest of politics.

"What they're doing is constitutionally wrong," Starr added. "It is a raw power play that appears to be unprecedented in American history."