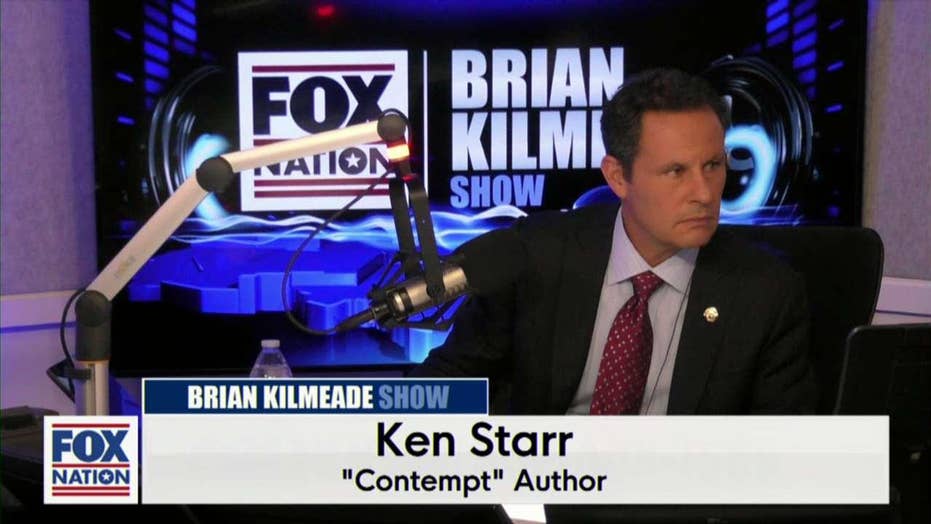 Ken Starr on impeachment frenzy: 'Terrible mistake for our country'

Former special prosecutor Ken Starr said it is a mistake for Democrats to lead America down "impeachment road," on "The Brian Kilmeade Show" Thursday.&nbsp;

Fox News contributor Ken Starr called Democratic impeachment efforts against President Trump a "terrible mistake for our country" on "The Brian Kilmeade Show" Thursday and said it erodes the power and prerogative of the Oval Office.

"This is not something that is to be dismissed, but it's also not something [where] we jump to conclusions and start marching down impeachment road. That is a terrible mistake for our country," he said.

Starr, who served as independent counsel on an investigation that was used as the basis for the impeachment of President Bill Clinton in 1998, accused Democrats of moving too quickly and said there would have to be hard proof of some "treason" or "bribery" to make any future charges stick.

"To so prematurely jump onto this road and start racing down impeachment road or impeachment alley is, I believe, at this stage, a great disservice to the country," he continued. "Impeachment is about treason. There's no treason here. It's about bribery. There's nothing that, to me, partakes of bribery."

Democrats accused Trump of attempting to withhold military aid to Ukraine in exchange for the government's cooperation in investigating 2020 presidential hopeful Joe Biden and his son Hunter, who had ties to one of the country's natural gas firms involved in a corruption probe. 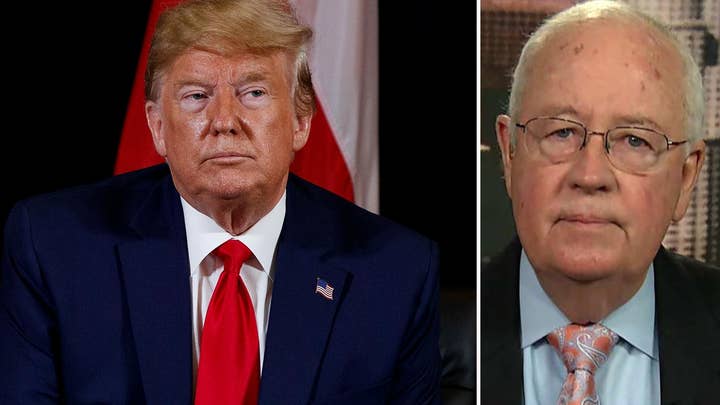 The whistleblower complaint said Trump used the "power of his office to solicit interference" from a foreign country in the 2020 election -- and that White House officials tried to "lock down" records of that phone call.

Starr claimed it was within the scope of Trump's authority to ask for a favor and said affairs of state and foreign relations are one of the chief functions of the office of the president.

"The foreign relations of the United States are, above all, entrusted to the person who we elect," Starr continued. "This is a terrible interference, what is unfolding. It's a terrible interference with what the president does at the most sensitive level -- which is a person-to-person conversation with another leader. And I think it's an erosion of presidential power, which is unfortunate."