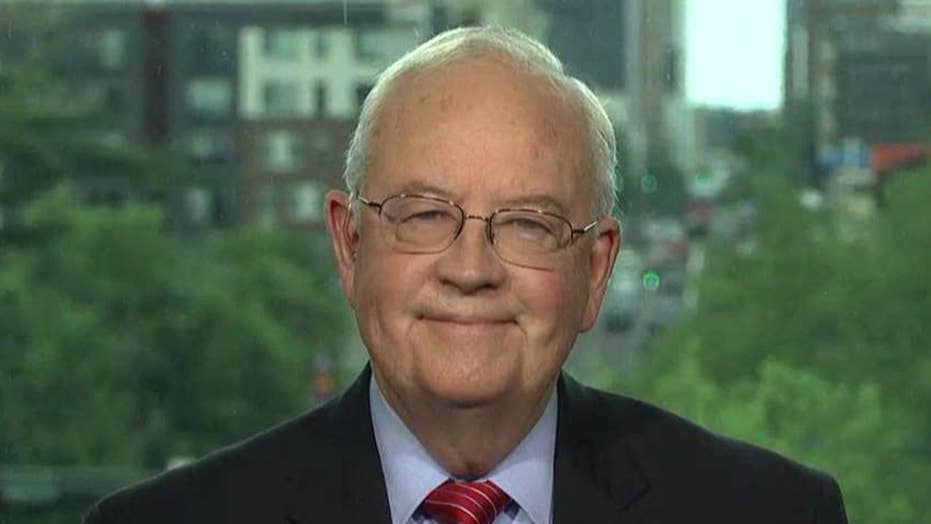 Ken Starr lays out questions he would ask Robert Mueller

Former special prosecutor Ken Starr had some advice for Robert Mueller ahead of his Wednesday Capitol Hill testimony, saying he should stick to the script and keep things apolitical as promised.

"I would say do what you have said you're going to do," Starr said on "Fox News Rundown," in an interview that will air Tuesday. "The report speaks for itself."

Starr also claimed the media has been soft on Mueller, as compared with what he himself experienced while investigating former President Bill Clinton, and painted the former FBI director as "overzealous."

He also said most Americans don't want to reverse election results and will settle for stability over partisan political posturing.

"The American people by a very significant majority want stability. They do not want to overturn elections and I think that's part of the lesson of history that's going to be carrying over into Bob Mueller's forthcoming testimony."