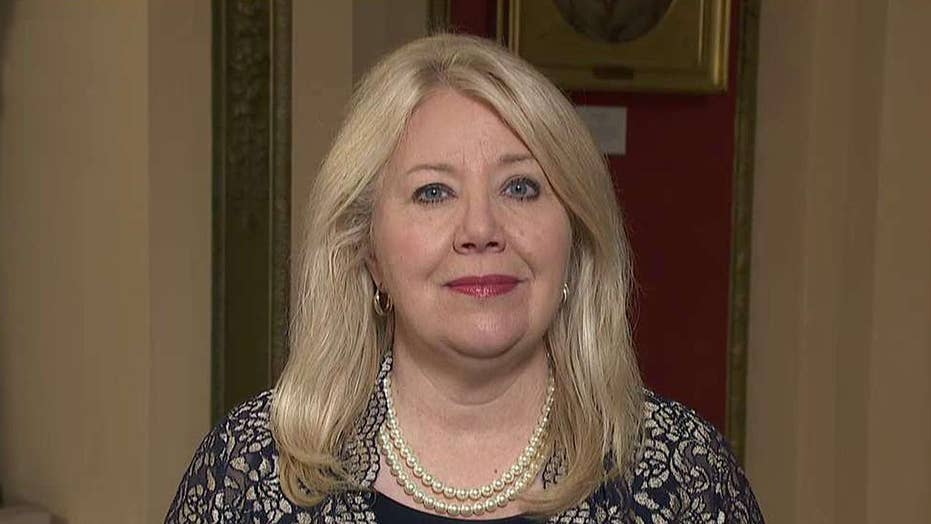 Rep. Lesko: Democrats have set the bar so low that just about anybody can be impeached for any reason

Republican Rep. Debbie Lesko, R-Ariz., said Friday that House Democrats' articles of impeachment against President Trump are part of a "sham" process that has been "rigged from the start."

Appearing on "Outnumbered" with hosts Melissa Francis and Harris Faulkner, Lesko said it is a "sad day" for the American people.

"Now...I think this process has been a sham from the start," she said. "And, if I was a betting woman, I would've bet back in January of this year when Democrats took control of the House that they were going to impeach the president of the United States. And, sure enough, they did."

"Is there a sense that anyone on either side is going to cross party lines?" asked Francis.

"I don't think there's going to be one single Republican that votes for impeachment and I do think we are going to get Democrats that vote with Republicans against impeachment," Lesko predicted. "It's just a matter of how many and we won't know till the vote actually takes place."

"I mean, I feel kind of bad for the Democrat members. They were elected in districts that Trump won. So Nancy Pelosi is really putting these members on the line. They are really risking that they are going to lose the majority, and I think they are," she added.

Trump, in a Tweet, echoed Lesko's comments about the process being "rigged."

President Trump called House Speaker Nancy Pelosi, D-Calif., a "liar" and accused Democrats of trivializing an impeachment process that should only be used "in an emergency," in his first comments after House Democrats advanced articles of impeachment against him.

"It's a scam. It's something that shouldn't be allowed," Trump said in the Oval Office Friday. "And it's a very bad thing for our country and you're trivializing impeachment. And I tell you what, someday there will be a Democrat president, and there will be a Republican House."

"And I suspect they're going to remember it," he said. "Because [that's what happens] when you use impeachment for absolutely nothing other than to try and get political gain."