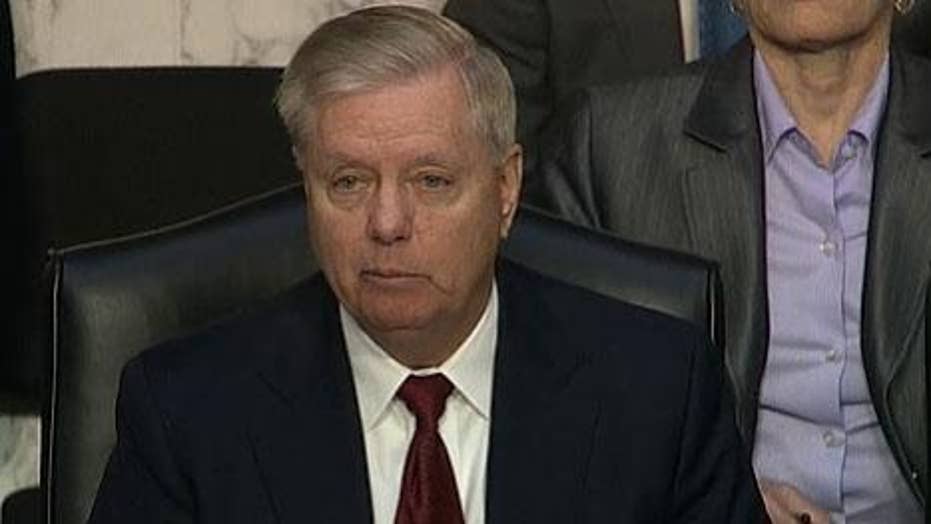 Sen. Graham: FBI never made any effort to brief Trump about campaign problems

Discussing the counter-intelligence investigation opened against President Trump, Senator Graham says the FBI never made any attempt to inform Trump about problems in his campaign

Graham’s powerful remarks included examples of bias against President Trump and other Republicans from top FBI officials and criticism of media coverage that dismissed the FISA report as concluding the FBI made errors at a low level.

CNN, which is often criticized for presenting news from a liberal perspective while claiming it is a non-partisan news organization, skipped Graham’s opening remarks while Fox News and MSNBC chose instead to air them.

The liberal MSNBC often talked over Graham but kept the Senate Judiciary chairman on air with a split screen.

While Graham delivered his statement, CNN instead covered a “growing divide” between Trump and Mitch McConnell, aired various pundits discussing impeachment, a story about a small group of Democrats who have an alternative to impeachment, mocked Trump’s Tuesday night rally, and previewed Horowitz’s testimony.

As Graham began his remarks, CNN was busy airing an interview between anchor Poppy Harlow and Rep. Tom Reed, R-N.Y. CNN displayed a tiny box with footage of Horowitz preparing to testify in the lower right-hand corner of the screen while completely ignoring Graham.

CNN didn’t explain to viewers why it was skipping Graham.

At one point, CNN cut to a commercial break as the senator's fiery remarks were ongoing. When CNN returned from its break, a Bloomberg reporter who is not allowed to investigate Democratic candidates was the guest.

CNN eventually aired a clip of brief replay of Graham saying the Russians meddled in American elections – but apparently only to point out that the president disagrees with the point Graham made.

“Notable comment there, something the president has differed with,” CNN’s Jim Sciutto said.

Many critics who noticed CNN skip the news took to Twitter with feedback: