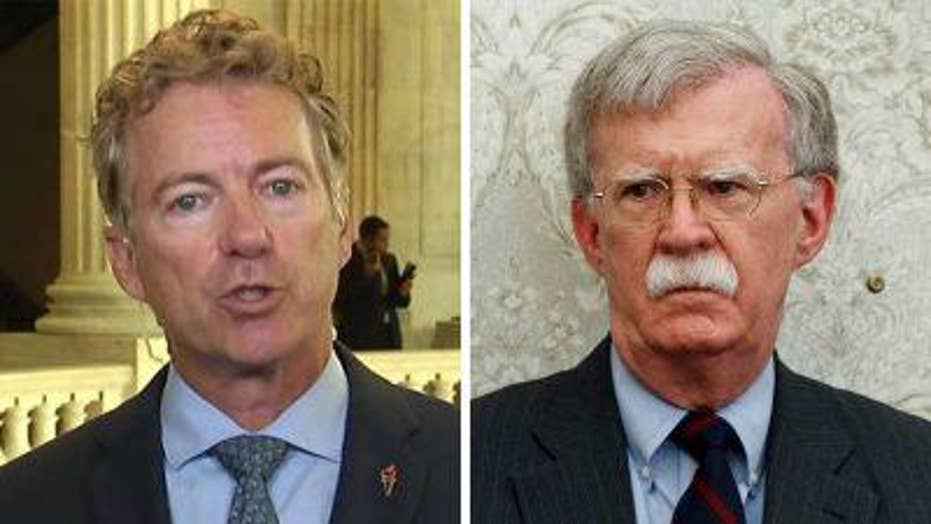 CNN anchor Brianna Keilar asked Sen. Rand Paul, R-Ky., on Thursday whether he was trying to suck up to President Trump in a way that disrespected his office.

"When I look at these tweets -- you're tagging Donald Trump in them, both of you -- and I wonder if even as this discussion online highlight two really important, different philosophies are foreign policy, do you worry that it's devolving a bit into this butt-kissing contest that's a little unbecoming of two members of Congress?" Keilar asked Paul on "CNN Right Now."

Paul responded by saying the debate he and Cheney are having is important. "This isn't just about me butting heads with the Never-Trumpers and the Cheney family. This is about me saying, 'This is what President Trump believes.'"

Paul said Cheney and her father, former Vice President Dick Cheney, had always been "never-Trumpers" and were apologizing for former National Security Adviser John Bolton. Bolton, who left the administration on Tuesday, has been tied to Cheney and others as part of the Bush administration's hawkish foreign policy and interventions in the Middle East.

"So, really they are part of this foreign policy swamp that has been trying to undermine President Trump," Paul said.

Paul has been a vocal supporter of Trump's foreign policy and praised his decision to oust Bolton, whom Trump claimed had strongly disagreed with multiple members of his administration.