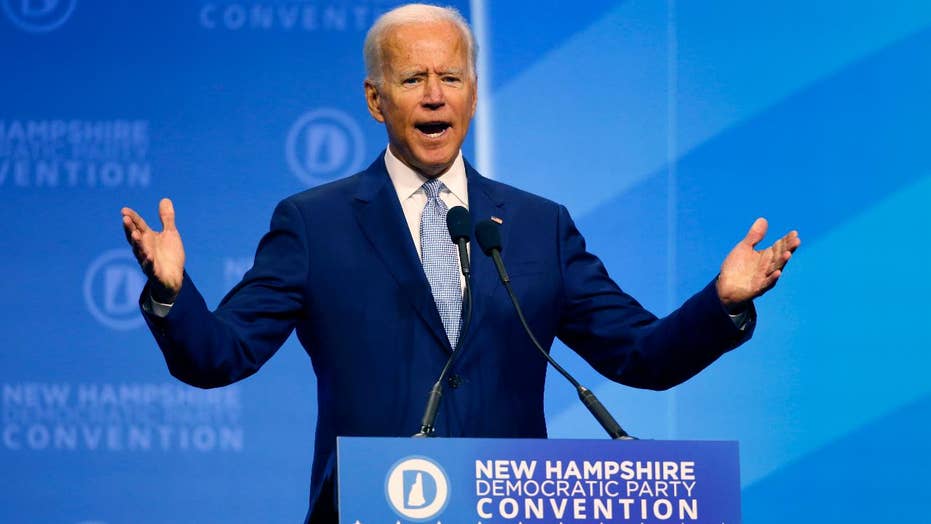 Frontrunner Joe Biden still leads in the polls but Elizabeth Warren has narrowed the gap; Peter Doocy reports from Houston.

As ABC News gears up to host Thursday’s Democratic debate from Houston, a new study indicates that the network’s evening newscast “has awarded a majority” of coverage to one candidate -- former Vice President Joe Biden.

The Media Research Center (MRC) analyzed ABC’s “World News Tonight” from January 1 through August 31 and found that Biden was given 68 minutes of airtime while rival Kamala Harris finished well behind with only 15 minutes of coverage.

Meanwhile, Elizabeth Warren received 12 minutes of coverage on the ABC newscast, followed by Beto O’Rourke and Bernie Sanders, with seven minutes apiece. Cory Booker was covered for four minutes, Amy Klobuchar received three minutes, Julian Castro was mentioned for fewer than two minutes and Andrew Yang was only covered for a mere two seconds over eight months, according to the study.

MRC senior editor Rich Noyes noted that the Democratic National Committee rules state that “candidate had to receive at least 2 percent support in four qualifying polls, plus receive donations from at least 130,000 individual donors” to qualify for Thursday's debate. 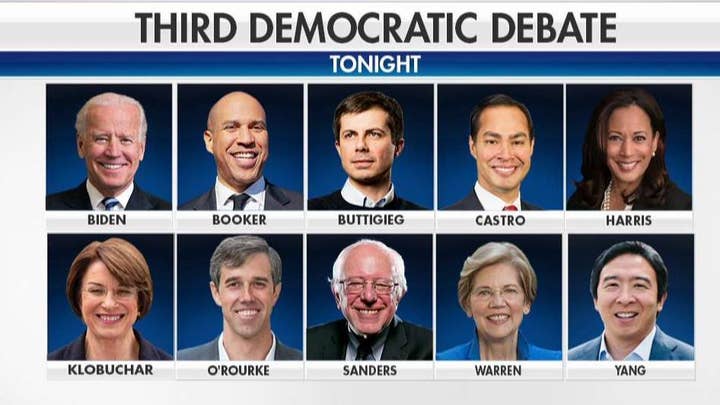 “But to gain traction in the polls, and to generate the impression of viability that interests potential donors, most candidates need the media to give their campaigns enough news coverage so that they don’t appear to be a lost cause,” Noyes wrote.

Biden received 52.5 percent of “World News Tonight" coverage among the 10 candidates who qualified to partake in the debate, while four candidates who have already dropped out received more airtime than Yang.

“So, the question can be posed,” Noyes wrote to end the study. “Have the media already effectively winnowed the Democrats’ 2020 field before the voters ever had a chance make themselves heard?”

“World News Tonight” anchor David Muir will moderate the third Democratic debate alongside ABC News colleagues George Stephanopoulos, Linsey Davis and Univision’s Jorge Ramos. Candidates will be allowed 75 seconds for direct responses and 45 seconds for secondary responses and rebuttals, according to the network.