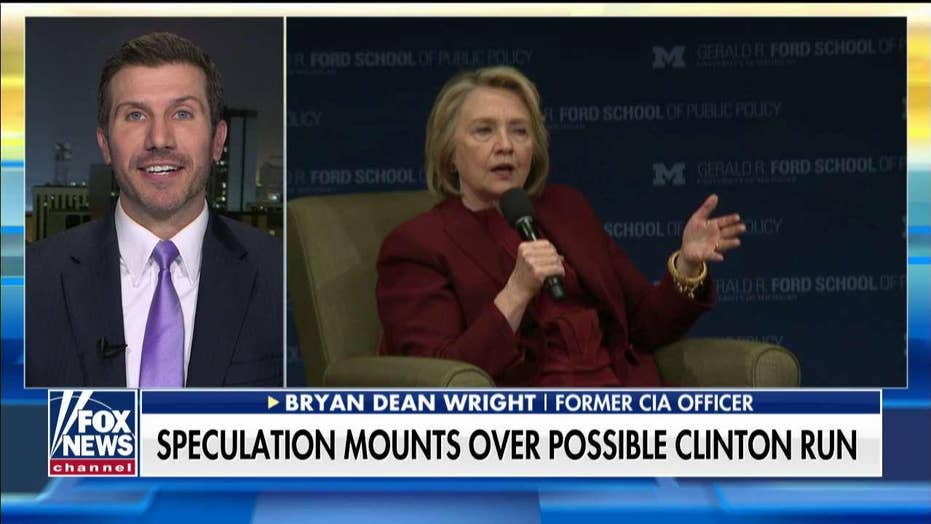 Former Secretary of State Hillary Clinton is inserting herself into the political narrative once again because of her "bruised sense of self," former CIA officer and Democrat Bryan Dean Wright said Thursday.

Appearing on "Fox & Friends" with host Ed Henry, Wright said that the revived speculation about the failed 2016 presidential candidate's last-minute entry in the 2020 race makes him "want to drink."

Appearing on "Tucker Carlson Tonight" on Wednesday, former top adviser Philippe Reines said Clinton had not foreclosed on the possibility. 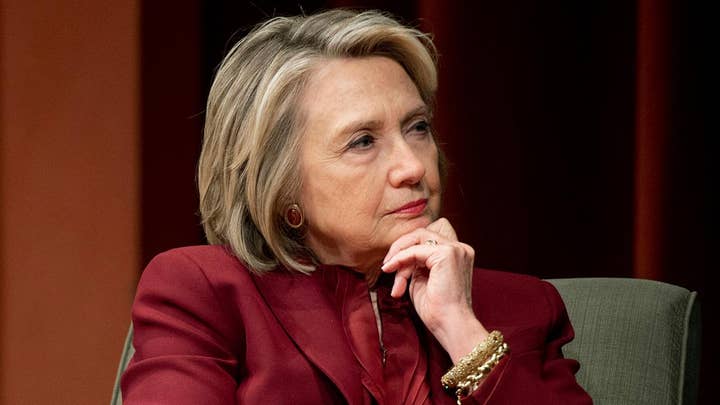 Prior to Reines' interview, speculation had been growing that Clinton would make a last-minute entry into the 2020 presidential race after reports Tuesday said members of the Democratic establishment doubted any of the party’s current top candidates can beat the president next November.

Clinton in recent weeks has privately stated she would enter the 2020 presidential race if she were certain she could win, The New York Times reported Tuesday.

The story, titled “Anxious Democratic Establishment Asks, ‘Is There Anybody Else?’” said about a half-dozen Democratic donors gathered in New York City questioned whether former front-runner Joe Biden could stand strong against the president. 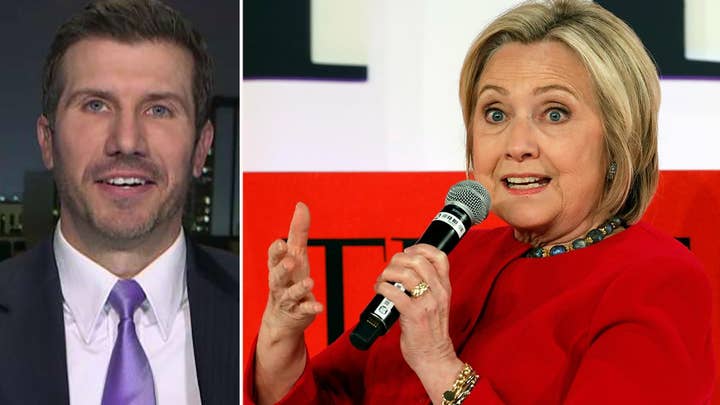 "It is so frustrating to keep hearing this from her over and over again," Wright said. "Look, the country made it very clear not once, but twice, that we're not interested. We're just not that into her. It doesn't seem that she's getting the message."

Wright added that he thought Clinton was probably "first and foremost" trying to sell her books.

"She got $8 million for her memoir. The Clinton family made over $23 million on their books. So, she throws some bombs, whether it be the Tulsi Gabbard stuff, teasing this 2020 run -- I think that's a part of it," he theorized.

"But, again, I think the other piece of it really is, at the end of the day, it's her ego. It's her bruised sense of self," said Wright.