"Fox News Sunday" celebrated a 25-year milestone on Sunday, as the weekly program highlighted the most memorable moments since its launch on April 28, 1996.

From three impeachments to the terror of 9/11, long-time host Chris Wallace looked back at the show’s history during the special broadcast - which included its most newsworthy, hard-hitting, and wide-ranging interviews in the past quarter-century.

In 2003, Wallace took over as an anchor after the late Tony Snow departed from the news show, at the time, to serve as press secretary for former President George W. Bush.

More than 1,300 episodes later, Wallace developed a fascinating and versatile journey having interviewed both Republican and Democratic lawmakers, and political leaders from around the world. His ever-growing list of big-name guests includes Russian President Vladimir Putin and French President Emmanuel Macron in 2018 - the former having earned himself a News and Documentary Emmy Award for Outstanding Live interview. 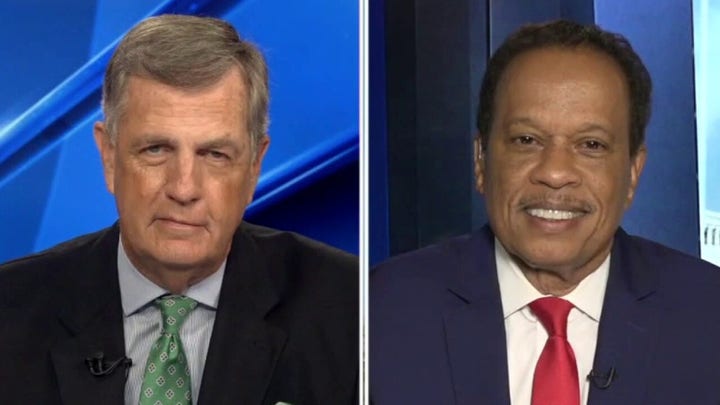 The "Fox News Sunday" anchor is known for conducting raw and challenging interviews throughout his tenure, having sat down with several U.S. presidents, former Secretary of State Condoleezza Rice, and former FBI Director James Comey - with many of his episodes making headlines. Wallace continued to feature high-profiled guests, including Apple CEO Tim Cook and "Breaking Bad" star Bryan Cranston, every Sunday in his special segment "Power Player of the Week," and even chatted with stars like country music artist Dolly Parton and former heavyweight champion Mike Tyson.

"For the last 17 and a half years, I took over, trying every week to get newsmakers from Washington and beyond off their carefully scripted talking points," Wallace said in the special segment.