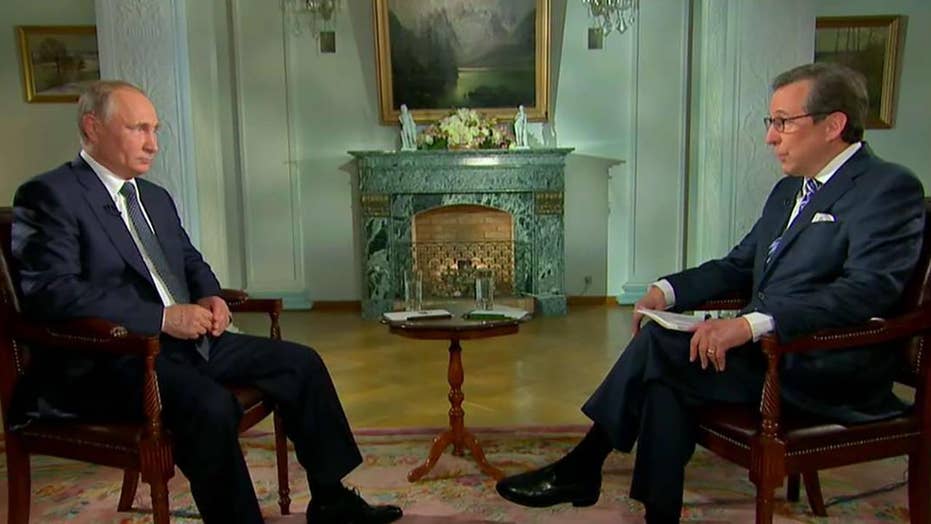 The National Academy of Television Arts & Sciences (NATAS) announced Thursday that the July 2018 sitdown in Helsinki, Finland had been nominated in the "Outstanding Live Interview" category.

The occasionally combative interview took place following a controversial summit meeting between Putin, President Trump and other U.S. officials. Trump received harsh criticism from members of both parties, who claimed he missed a key chance to "stand up" to the Russian leader on the issue of election meddling.

In the interview's standout moment, Wallace tried to give Putin a copy of a federal indictment against a dozen Russian intelligence operatives for allegedly hacking Democratic targets in the 2016 U.S. presidential election. Putin motioned for him to put the papers on a side table instead.

"First of all, Russia, as a state, has never interfered with the internal affairs of the United States, let alone its elections,” claimed Putin, who also denied having “kompromat” -- or "compromising material" -- that could be used against Trump.

In another testy exchange, Wallace pressed Putin on attacks that have been carried out against the Russian leader's internal critics.

Wallace shot back: “But they don't end up dead.” 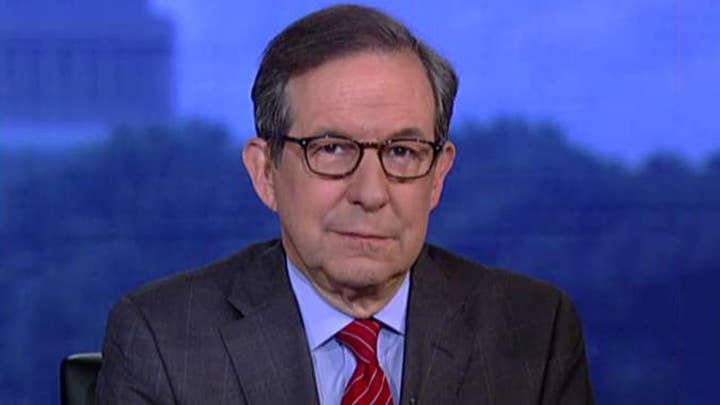 “Haven't presidents been killed in the United States?” Putin replied. “Have you forgotten about -- well, has [President John F.] Kennedy been killed in Russia or in the United States? Or [Dr. Martin Luther] King? What -- and what happens to the clashes between police and, well, civil society, and some -- several ethnic groups? Well, that's something that happens on the U.S. soil. All of us have our own set of domestic problems.”

Wallace's interview is one of six to be nominated in the category. Other nominated interviews aired on CNN International, MSNBC, CNN and ABC.

“The clear, transparent, and factual reporting provided by these journalists and documentarians is paramount to keeping our nation and its citizens informed,” Adam Sharp, NATAS President and CEO, said in a statement. “Even while under attack, truth and the hard-fought pursuit of it must remain cherished, honored, and defended. These talented nominees represent true excellence in this mission and in our industry."

The News & Documentary Emmy Awards will be presented in a Sept. 24 ceremony at Alice Tully Hall in New York City.

"America's Newsroom" host Bill Hemmer congratulated his colleague on the nomination during a segment Friday. "If they ask me, you get my vote, my man," Hemmer told Wallace, adding, "You win, Chris."

Wallace joked that if he won, Putin might try to steal the award from him. "I was thinking ... if I were to win, I don't know that I could show Putin the Emmy because he might do to me what he did to [New England Patriots owner] Robert Kraft with the Super Bowl ring [in 2005] and just take it and walk off with it," Wallace said. "So, I've got to think about this."