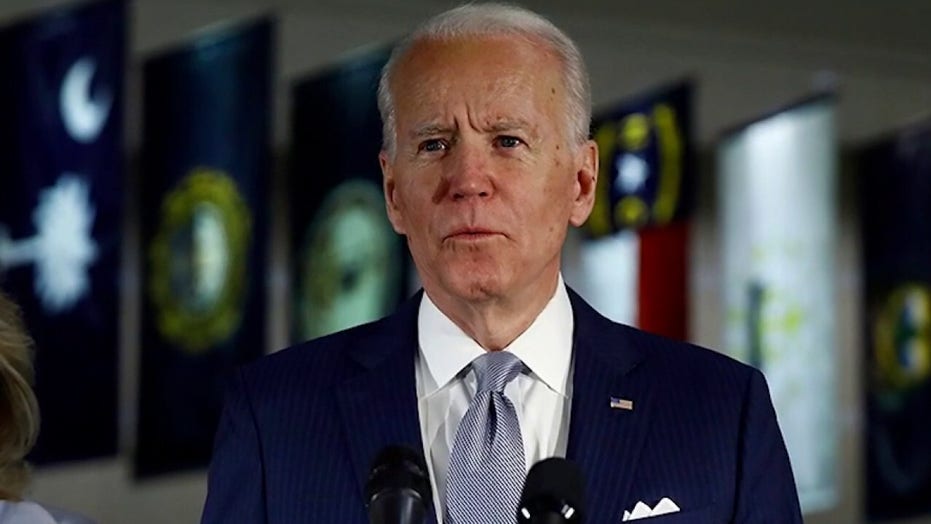 Fox News politics editor Chris Stirewalt told the “Fox News Rundown” podcast on Wednesday that President Trump's campaign is  “demonstrably worse off” compared to the same point in the race four years ago.

“We are almost five months away from the election,” Stirewalt noted. “At this point four years ago, Trump trailed Hillary Clinton by less than three points. Now, Trump trails [Joe] Biden by more than eight points and swing state polls tell the same story.”

“He [Trump] is materially worse off, demonstrably worse off than he was four years ago,” he continued.

Stirewalt made the comments as a new national poll indicates that President Trump’s approval rating is dropping and that he trails Democratic challenger Joe Biden by double digits if November’s presidential election were held today.

A CNN poll released on Monday shows the former vice president and presumptive Democratic nominee topping the GOP incumbent in the White House by 14 points – 55 to 41 percent. That’s nearly triple the five-point margin – 51-46 percent – Biden led by a month ago in CNN polling.

The 14-point lead for Biden in the new CNN survey is double the seven-point advantage for the former vice president over Trump in an NBC News/Wall Street Journal poll released on Sunday. An average of the last national general election matchup polls compiled by RealClearPolitics indicates Biden on top by 7.8 percent over the president.

Stirewalt noted that Republicans running in November will “have to watch and wait and see" in terms of possibly backing away from the president.

“Do you start to say, ‘You need to keep me because the Democratic lunatics are going to take over and I'm the only thing that can protect you.’

“So one of the things that we'll watch for are whether Republicans start changing their messaging as we go on and that'll depend on whether Trump can get things turned around,” Stirewalt continued. 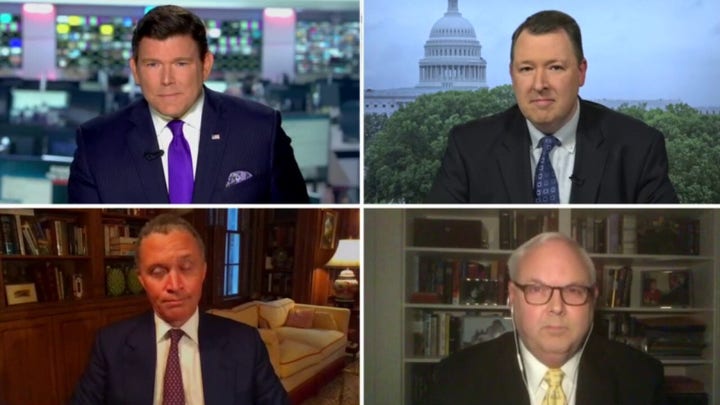 On Tuesday, Fox News learned that President Trump will resume hosting campaign rallies sometime in the next two weeks, returning one of the president's most potent weapons to his arsenal as the 2020 campaign season enters a pivotal stretch.

The latest CNN poll was conducted amid nationwide unrest sparked by the death of George Floyd in police custody. Floyd’s death and the resulting peaceful protests — as well as violent clashes and rioting in cities across the country — quickly pushed longstanding concerns over police brutality against minorities and the broader issue of the country’s history of systemic racism firmly back into the national spotlight.

Host Lisa Brady asked Stirewalt what the movement for police reform and the economic plunge that resulted from temporary lockdowns amid the coronavirus pandemic does for the battle of control of the Senate.

Stirewalt responded by noting that “Senate races will substantially be a reflection of the presidential race.”

“Like if Donald Trump wins Arizona by five points, Martha McSally is going to do a lot better,” he explained.

“If President Trump loses Colorado by 15 points, Cory Gardner is not going to make it out.”

He then pointed out that in Georgia “where these issues have been intense,” Rep. Doug Collins, R-Ga., could be negatively impacted by the current situation.

“There is an increased concern among all Americans, but also among Republicans, about police brutality toward African-American males. It’s a thing,” Stirewalt said. “And you could see how in a state like Georgia, how if the Republicans end up with Collins after a tough primary … that this is an issue that could hurt him.”