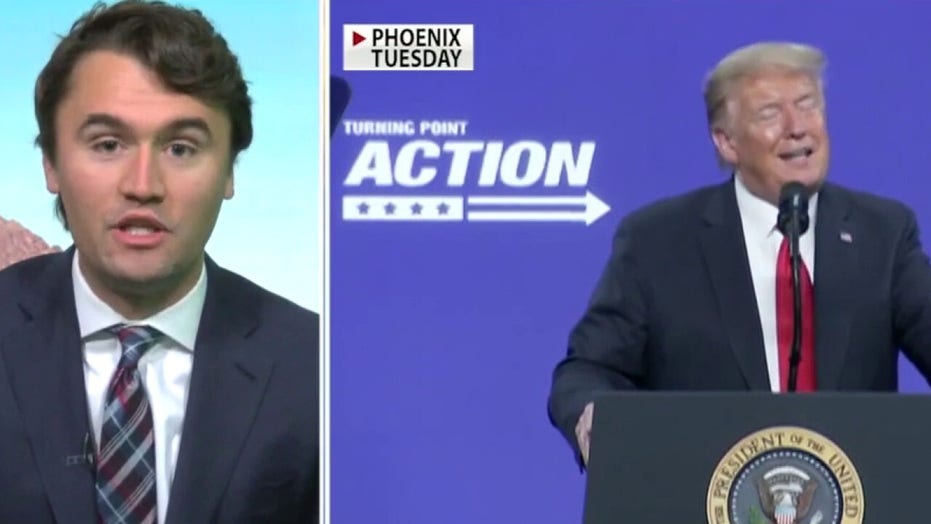 In an interview on 'Fox & Friends"  with hosts Steve Doocy, Ainsley Earhardt and Brian Kilmeade, Kirk noted that the president's Students for Trump event in Phoenix, Ariz., on Tuesday was held "in defiance" of the liberal media's narrative.

"It was incredible. You know, for the last couple of days the media was trying to create a narrative that young people were not in support of the president. And, ‘Is President Trump going to be able to – you know – pack the room in Arizona?’" he remarked.

"Well, I’ll tell you with young people, in defiance to the media narrative, it was absolutely incredible yesterday," Kirk remarked. "3,300 students in Phoenix, Arizona."

Kirk added that while the rally did take some COVID-19 precautions and there were "certain areas" where students could be socially distanced, the energy and spirit of the rally were still "off the charts."

"The president gave a terrific speech communicating directly to the next generation. And, he was in incredible form and it was an honor to be able to host him in Arizona," he stated.

The appearance, at the Dream City megachurch came on the heels of a disappointing weekend for the president in Oklahoma – filling only 6,200 of Tulsa's BOK Center's 19,000 seats at his first rally following a three-month coronavirus-related hiatus.

Trump swiped at "left-wing intolerance," telling his young audience that Democrats are "totalitarian" and radical.

“They hate our history, they hate our values, and they hate everything we prize as Americans,” he asserted. “Our country didn’t grow great with them. It grew great with you and your thought process and your ideology. The left-wing mob is trying to demolish our heritage, so they can replace it with a new oppressive regime that they alone control."

"What I think was so important yesterday is President Trump talked about core American values. E Pluribus Unum – which means: ‘Out of many, one.’ He repeatedly mentioned in God we trust. One nation under God – kind of reinforcing a lot of the cultural issues in America," Kirk told the "Friends" hosts. "He talked about how we’re not going to tolerate our history being deleted or torn down. He reinforced that young people who are being attacked on campus have a constitutional right to be able to speak." 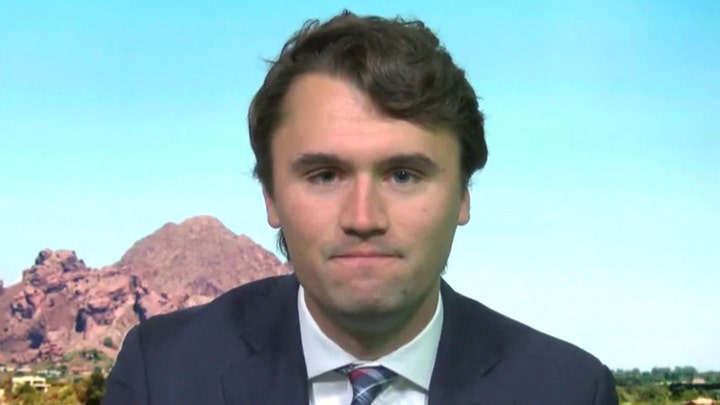 Kirk recalled that in his time speaking at college campuses nationwide over the last couple of years, students have recognized that the president has had their backs by signing a 2019 executive order for free speech on college campuses.

"And yesterday, despite when a lot of people said, ‘Hey, I don't know if you will be able to have the turnout’ – 3,000 young people in the middle of the Arizona heat and they waited [for[ seven, eight, nine hours to be able to hear the president," Kirk exclaimed. "Pretty incredible, I’ll tell you."

"And, it’s because [of] the president's executive order on free speech on campuses. And, I really think there is something special happening with young people in America. And, I think in November we’ll see that all play out," he concluded.