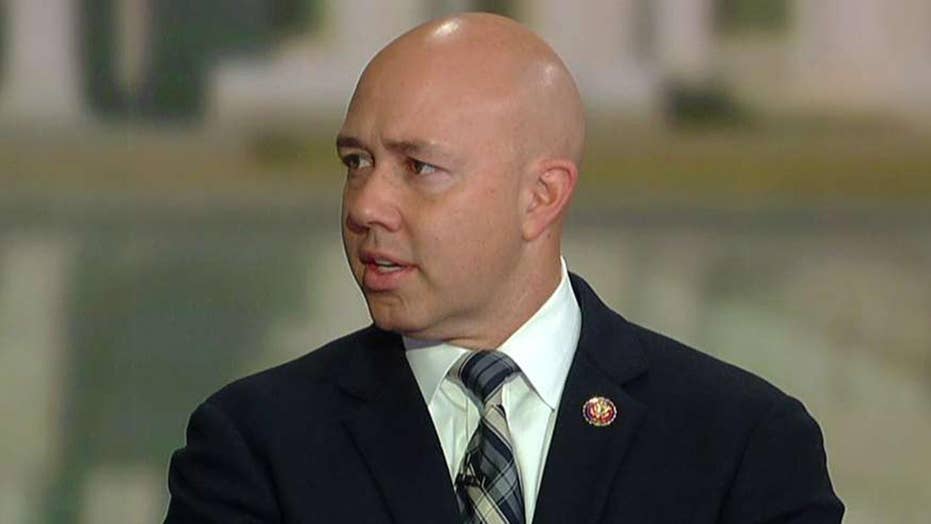 Republican Rep. Brian Mast, a retired Army Ranger and double amputee, reacts to the moment on Capitol Hill and is joined by two double amputee veterans running for Congress on 'Fox &amp; Friends.'

The hearing Mast was alluding to had been called to discuss U.S. foreign policy with regard to Iran, following Soleimani's death and the rogue nation's retaliatory attack on American coalition forces in Iraq.

When it came his turn to speak, Mast told lawmakers: "If you walk out this hallway, you are going to come to several beautiful walls that have the names of our fallen service members from the war on terror. And, I would ask: can any of you provide me one name on that wall that doesn't justify killing Soleimani?" he asked to resounding silence.

As Mast sat and waited, House Foreign Affairs Committee Chairman Eliot Engel, D-N.Y., attempted to move the hearing along, telling Mast, "you've made your point" and "you're out of order."

"Look, I just wanted them to have to answer an honest question, because they are trying to debate all of these semantics about whether we should have killed this terrorist that killed Americans...hundreds of Americans across the country that was because of Soleimani and force them to answer this question. Not give them a pass on it," Mast explained.

"And, what did they do?" he asked. "They tried to steal a moment of reflection about our fallen service members -- friends of mine, friends of Jason, friends of Rob -- because it didn't fit their political agenda."

"They tried to silence us; we can't let them do it," he told Hegseth. 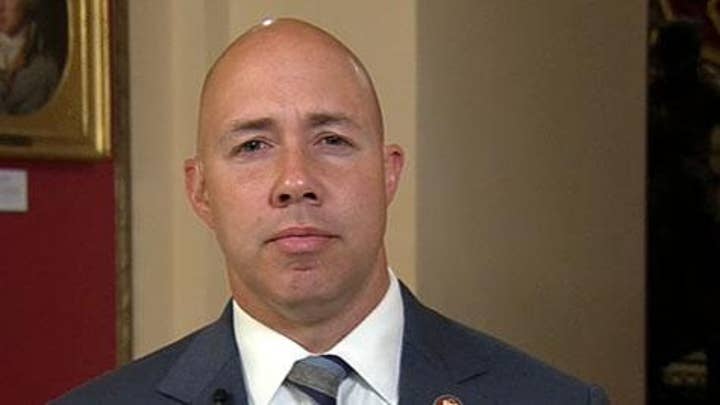 Church added that watching Mast take a stand showed "the power of an individual that's inspired by something that he has seen and experienced in the harshest of circumstances."

"This man was a terrorist," Church continued, "So, I applaud Brian for what you were talking about there and I applaud the president for his actions. Because, at the end of the day, this has saved countless lives and – in my opinion – is preventing another war."

"The one thing I can tell you if you want to serve in Washington: do it the way that people did in combat — without personal gain and without regard for personal sacrifice," Mast said. "Any other way, you don't belong here."