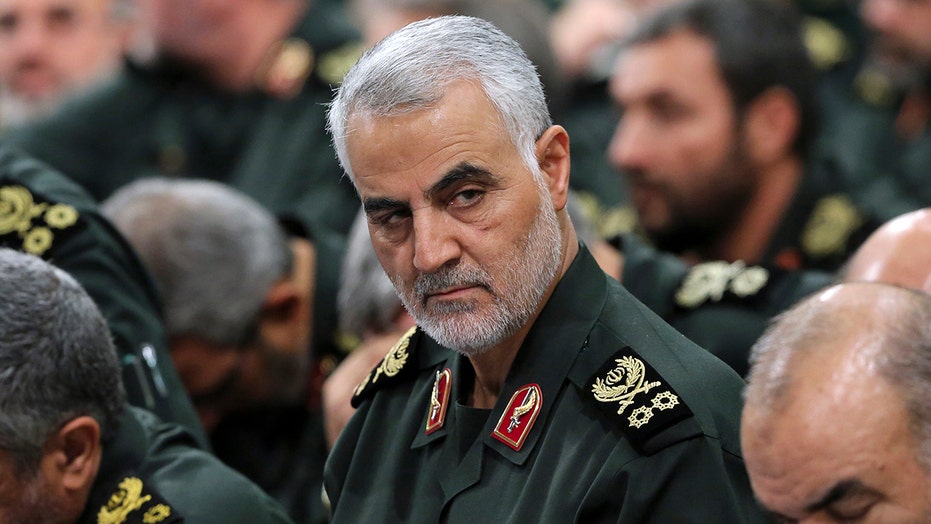 Rep. Brian Mast, R-Fla., sat in silence during a congressional hearing on Tuesday after demanding to know which fallen Americans didn't justify the deadly drone strike carried out against Iranian Gen. Qassam Soleimani earlier this month.

The hearing was called to discuss U.S. foreign policy with regard to Iran, following Soleimani's death and the rogue nation's retaliatory attack on American coalition forces in Iraq.

Mast, a retired Army Ranger who lost both legs while serving in Afghanistan, took the opportunity to discuss the threat Soleimani posed and became righteously indignant with those who disagreed with the decision to take him out.

"I look at Soleimani as a terrorist machine gun nest, really. He’s been spraying rounds at the U.S. for many years on many different fronts," he said. "You want to ask is [an attack] imminent? Well, just because this machine gun nest might be taking a moment to reload, that doesn't mean that it's not an imminent threat. It just got done firing rounds over at our embassy. ... Just because it was taking a breather to reload -- that didn't mean it wasn't an imminent threat because it wasn't literally pushing the button on something."

Mast then asked the witnesses to name one soldier whose death during the war on terror didn't justify lethal force in response. He also said he'd be willing to yield his time to another House member if they wished to answer instead.

REP. MAST, A RETIRED ARMY RANGER, TO BE EVICTED FROM OFFICE AT VA AFTER GRILLING OFFICIALS

"There's a number of my colleagues still remaining here. I am more than willing to yield to any of my colleagues that want to answer this question," he said. "If you walk out this hallway and you take a right and another right, and another right, you're going to come to several beautiful walls that have the names of our fallen service members from the war on terror. And I would ask, can any of you provide me one name on that wall that does not justify killing Soleimani?

"I'm continuing Mr. Chairman," he replied. "I've got two minutes remaining, I will sit here and wait for somebody to provide me with a name on that wall that does not justify the killing of Soleimani."

After another 10 seconds of silence, Engle said Mast had made his point and attempted to move on to another member. Mast said he had not yielded back the remainder of his time and had a right to continue waiting, while Engle accused him of disrupting the proceedings.

"I think you've made your point. You're out of order," Engel repeated.

Ultimately, the chamber continued to sit in silence for the remainder of Mast's time before he noted that no answer had been given.