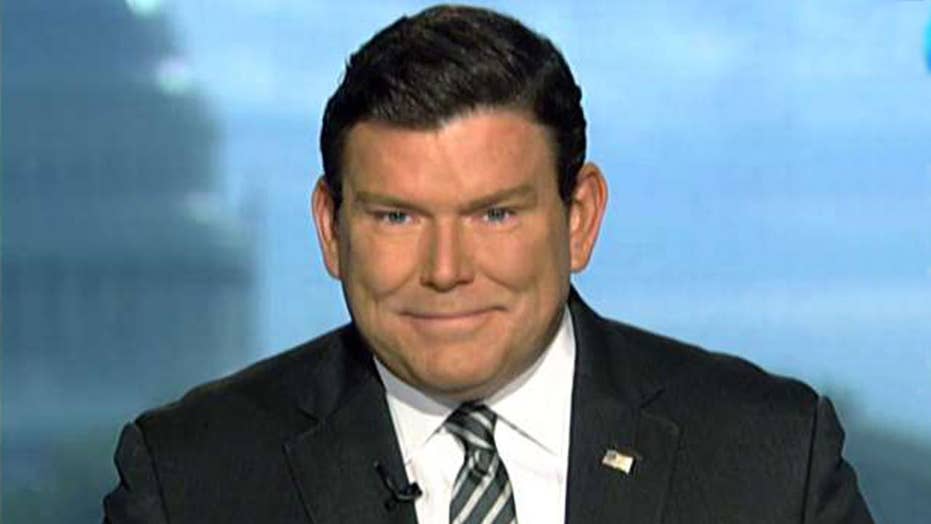 After the House committees leading the impeachment inquiry into President Trump requested that acting White House Chief of Staff Mick Mulvaney appear for a deposition on Friday, "Special Report" anchor Bret Baier said that summoning White House officials will be a challenge.

“That’s going to take some time and time is on the side of the administration here as it [the impeachment inquiry] drags on,” Baier said.

The committees claimed that Mulvaney was “directly involved” in the Ukraine controversy which kicked off the proceedings.

In response, White House spokesman Hogan Gidley said: "Past Democrat and Republican Administrations would not be inclined to permit Senior Advisers to the President to participate in such a ridiculous, partisan, illegitimate proceeding – and  neither is this one.”

The impeachment inquiry was opened in September after a whistleblower complaint alleged that Trump, during a July 25 phone call, pushed Ukraine President Volodymyr Zelensky to investigate former Vice President Joe Biden and his son Hunter as military aid to the Eastern European country was being withheld.

During a press conference on Oct. 17, Mulvaney was asked why Trump ordered the hold on military aid. The White House’s position has consistently been that there was no quid pro quo related to the aid. But during that appearance, Mulvaney seemed to depart from his talking points.

“We do that all the time with foreign policy,” Mulvaney said. “And I have news for everybody: Get over it. There’s going to be political influence in foreign policy.”

Mulvaney tried to walk back his statement over the following days after critics claimed he acknowledged a "quid pro quo," but the chairs blasted his efforts Tuesday.