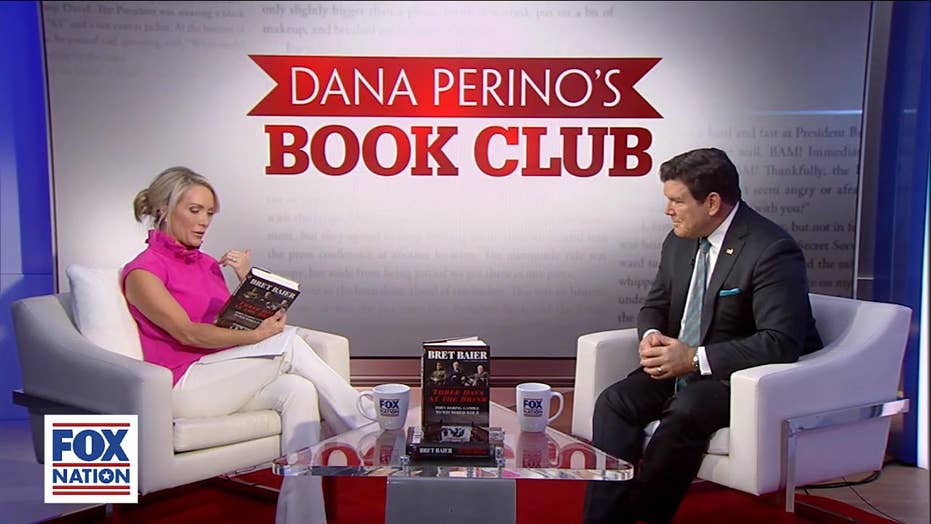 'I really wish he was here': Bret Baier on the late columnist whose voice he can still hear

"You know who I think would be so proud of you?" Fox News anchor Dana Perino asked Fox News chief political anchor Bret Baier: "Charles Krauthammer."

Krauthammer, who was a longtime Fox News contributor, columnist and political analyst, passed away in June 2018. He was also a regular panelist on Fox News' "Special Report with Bret Baier."

"He told everybody, like young people who say they wanted to be a columnist one day, he said, 'Don't study politics, study history," noted Perino on her Fox Nation show "Dana Perino's Book Club."

"I got a lot of inspiration on the first book from Charles," said Baier, referring to "Three Days in January: Dwight Eisenhower's Final Mission."

"He encouraged me to go down the history road," Baier recalled, taking a pause. "I really wish he was here. He would provide a wonderful voice. Sometimes I can hear him in my head on the panel, what he would say."

"And then when you tell him that you have one minute left, he just does three more minutes," joked Perino.

Returning to Baier's new book, Perino observed that President Roosevelt and President Trump shared a common feature of their presidencies in that they both employed methods to reach around the media to communicate directly with voters.

"[Trump] utilizes a new medium, Twitter, in some ways like I think FDR did with the radio," said Perino.

"Totally," agreed Baier. "FDR's fireside chats were his Twitter. It was his effort to get over the heads of the press."

"And some people criticized him for it," observed Perino. "Undignified... this is inappropriate. It's crass."

"This newfangled radio," offered Baier. "But [FDR] sensed that that could be his tool to get the American people to come to his side and really sway public opinion."

To watch all of this episode of "Dana Perino's Book Club", including how Baier researched and wrote the book and how he prepares for his nightly cable news show, go to Fox Nation and sign up today.