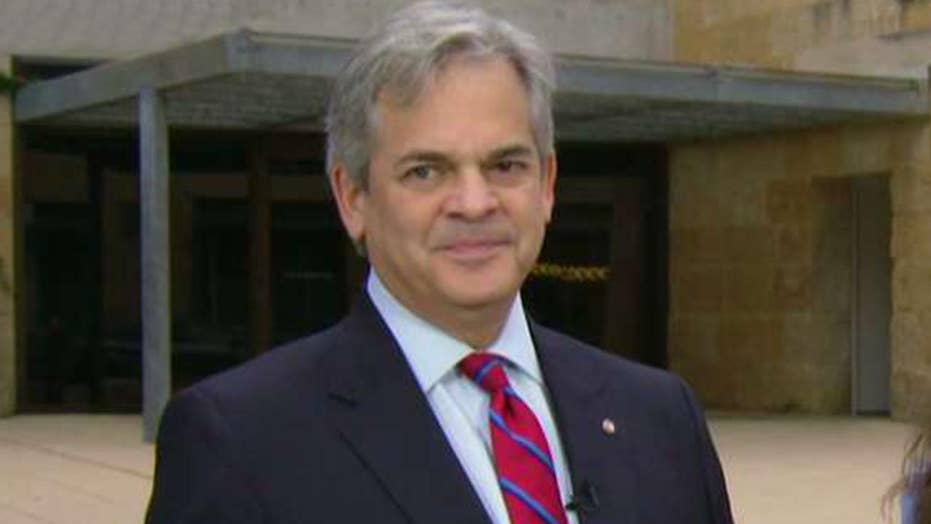 Austin mayor speaks out on efforts to dismantle homeless camps

Austin Mayor Steve Adler talks to Fox News' Aishah Hasnie about his goal to end homeless camping in the city.

Austin, Texas has been mischaracterized as a magnet for indigent homeless people and is the victim of an "urban myth," said Mayor Steve Adler during an interview in "Fox & Friends"  Tuesday.

His comments came after Fox News reporter Aishah Hasnie asked him if his plan to offer free housing to the homeless would only feed the narrative that the city will take care of you, no matter what.

"That's an urban myth. All the studies show [that's] not true," he replied. "There's no voter's guide to cities for homeless people, and Austin went from two stars to four stars. Our count and our survey of the population indicate that the overwhelming number of people who are homeless in Austin became homeless in Austin.

"And that's true in most cities around the country," he added.

Adler also claimed Austin has a below-average number of homeless people and said other cities are far worse by comparison.

"There's a homeless challenge in cities across the country. Austin's numbers are actually average, maybe a little bit less," he claimed. "Our count went up by 5 percent last year. That's about the national average. Dallas up the street, went up 9 percent. Seattle and L.A. [are] off the charts... This is a challenge that is everywhere. We're just seeing it in Austin. It's more visible right now."

He also addressed rumors of a possible mayoral recall and said he's confident the people who elected him will stand by their original choice.

"Democracy is vigorous here in Austin," Adler said. "I just was elected in an eight-person race with a 40 percent margin over the person that came in second place... This community is united.

"We don't want people camping anywhere," he added. "We know we need to house them in order to get that done."

Hasnie has reported live this week from Austin after Texas Gov. Greg Abbott ordered state agencies to clean up the capital city, which saw an increase of homeless vagrants due to laws allowing people to camp out on the streets.

The project started on Monday morning, as cleaning crews used leaf blowers and street sweepers to clear debris while they were guarded by state police.